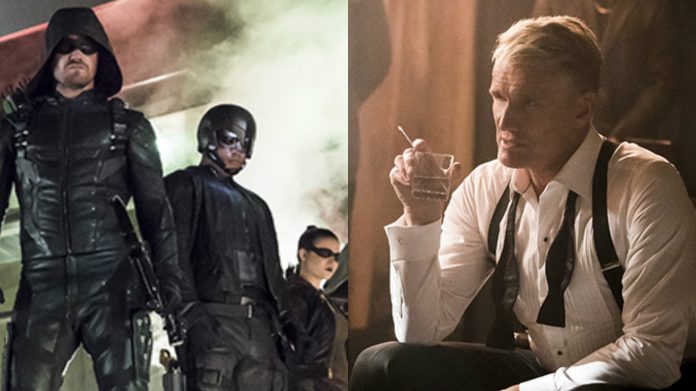 Next week’s episode of “Arrow” is titled “So It Begins” and it’s arguably one of the most anticipated episodes of the season.

The episode will feature the debut of Dolph Lundgren as Konstantin Kovar in the flashbacks, and the show will reveal more details about Prometheus in the present.

SINS OF THE FATHER — When Prometheus ups his killing spree, Oliver (Stephen Amell) searches for connections between the victims. Felicity (Emily Bett Rickards) and Curtis (Echo Kellum) discover the victims have a mysterious link to Oliver’s past and this new secret could upend his new team. Meanwhile, Thea (Willa Holland) has a heart-to-heart with Lance (Paul Blackthorne), and Felicity considers telling Malone (guest star Tyler Ritter) the truth about her work.

The CW has released some new photos from the upcoming episode, and you can check them out below.