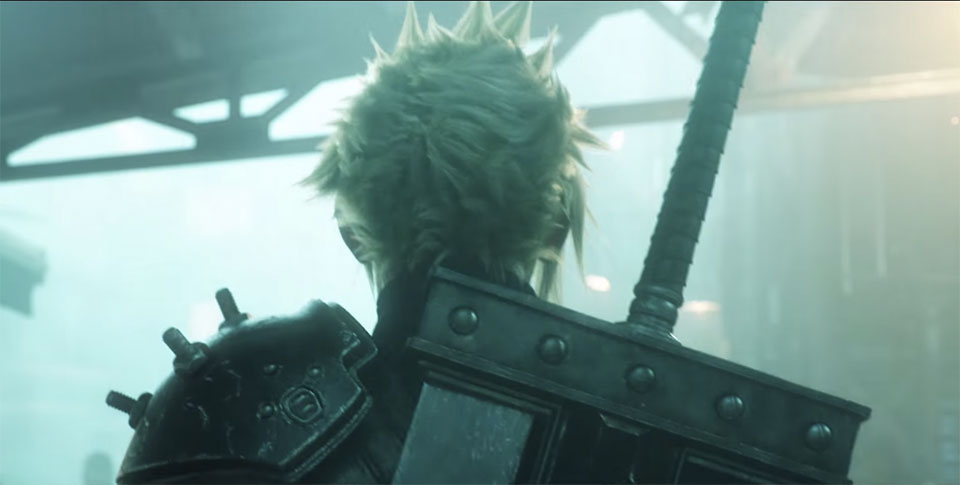 Super hero movies are all the rage right now but Hollywood just can’t seem to figure out how to make video game movies. It’s kind of shocking that the idea hasn’t worked out yet when there are so many great stories ripe for the picking. Could it be that video games just work better when they’re in the format of a TV series instead?

We think that there are certain video game franchises that just won’t work on the small screen. Here’s what they are and here’s why.

“Street Fighter” didn’t work out all that well as a movie. This much we know. But it could work awesome as a TV series and there’s proof! The “Street Fighter” video games are fun but when you play the games you don’t get a great sense of who the characters are. However, character development is something that the animated films have done quite well.

The “Street Fighter” franchise has a lot of great backstory that you just can’t get from playing a fighting game. With such an interesting cast of characters, 12 hour long, character-centric episodes could give viewers something to latch on to.

You just can’t tell the story of a tournament in a 2 hour movie. Each character has a path that they traveled to get to the tournament and each character has a reason why they want to win. There are a lot of opportunities to tell stories that will help audiences connect with characters like Ryu, Blanka, Ken, Vega, M. Bison and more.

If nothing else you know this show would be ripe with epic action sequences in the hands of the right stunt coordinator, so at least there’s that.

One of the most interesting things about the “Metal Gear Solid” franchise is the chronological order of the timeline and how the release dates of the franchise don’t really follow it. If you stop and think about it, that format would work perfectly for a TV show.

The first few games in the franchise establish Solid Snake as the hero while simultaneously building the mystique around Big Boss. Starting a show out with Snake as the main character and then jumping back in time a few seasons later to focus on Big Boss could be a fun way to play with time.

Sure, the storytelling in the “Metal Gear Solid” franchise gets convoluted at times, but there’s something truly special in there and it’s baffling how Hollywood hasn’t cracked it yet. But a movie just isn’t the way to go for Metal Gear. A television adaptation would give the story time to breathe which would play perfectly to the twists and turns and numerous reveals that take place throughout the saga.

Let’s just be honest with ourselves, the “Resident Evil” films can’t even hold a candle to the video games when it comes to storytelling. The stories that these games tell seem so easy to adapt to film but somehow it just didn’t translate.

That’s because the “Resident Evil” franchise plays out a lot like a television series. The first game introduces you to the universe, the second game raises the stakes and from then on things just escalate. The franchise is rich with characters and loaded with mythology that has unfortunately become overly convoluted and repetitive. Taking the mythology back to basics is what the series as a whole needs to do and doing it with a television series might actually have a positive impact on the games that started it all.

Each game focuses on a specific set of characters which is a concept that would work great on television and keep audiences from getting bored. Having each different season focus on different characters and then having them team up for a big finale would be something that “Resident Evil” fans would certainly enjoy.

Super hero movies are hot right now but it took a while for Hollywood to crack them. Eventually the same thing is going to happen with video games and when it does, Final Fantasy will be all the rage.

Never before has a video game franchise lent itself so perfectly to the concept of an anthology series as Final Fantasy does. Each game is established in its own universe, with a fresh start, a fresh set of heroes and a fresh set of villains. But yet somehow it all still seems so familiar.

Television production has taken giant leaps over the past few years and the idea of bringing “Final Fantasy” to TV ten years ago might have sounded crazy, but it seems completely realistic today. Shows like “The Flash”, “Game of Thrones” and others have proven that TV can do big screen effects in a different setting which is exactly what this franchise needs to bring its fantastical worlds to life.

Any of the “Final Fantasy” games would make for a great season of TV. But let’s be honest with ourselves, it’s 6, 7, 8, 9 and 10 that are truly the gems of the series. Any one of those games is a perfect fit for a 12 episode season of TV. The characters are gripping, the worlds are unique and the stories stick with you long after you’re done.

Could you imagine being able to watch the story of Terra, Cloud, Squall, Zidane or Titus play out over an entire season of television? The chance to explore those worlds that much in depth should be enough to get any “Final Fantasy” fan excited enough to say “Shut up and take my gil!”

Fans have been dreaming of a “Legend of Zelda” TV series for years now. Something needs to wash that awful taste that was left by the cartoon series (Excuuuuuuse me princess!) out of our mouths. “Game of Thrones” has been a massive success for HBO and everyone’s trying to figure out what the next “Game of Thrones” is. Well, look no further than the “Legend of Zelda.”

Of course please don’t get the comparison twisted. Zelda and Thrones are two totally different franchises in tone and you obviously wouldn’t expect the adult themed scenes that show up in Thrones to appear in a Zelda series. However, both shows are epic in scope and if someone could find a way to bring the sense of urgency that “Game of Thrones” possesses to a “Legend of Zelda” series, it would be a smash hit.

“The Legend Of Zelda” series contains many unique stories all based around the same foundation, but five things always remain consistent. Link, Princess Zelda, Ganon (in some form), the Triforce and Hyrule. Adapting different games such as “Ocarina of Time”, “The Twilight Princess” and “A Link to the Past” as their own season would give viewers something new but familiar to come back to each time. Plus it offers the chance to recast the characters each season.

The biggest problem with “Legend of Zelda” would be getting the tone right. The show would need to be playful and fun, but also epic and gritty when it needs to be. But in the right hands a “Legend of Zelda” TV series could be a tour de force. Give this show to the right network and you’re looking at the next big thing.

What video game franchises do you think would make epic TV shows?