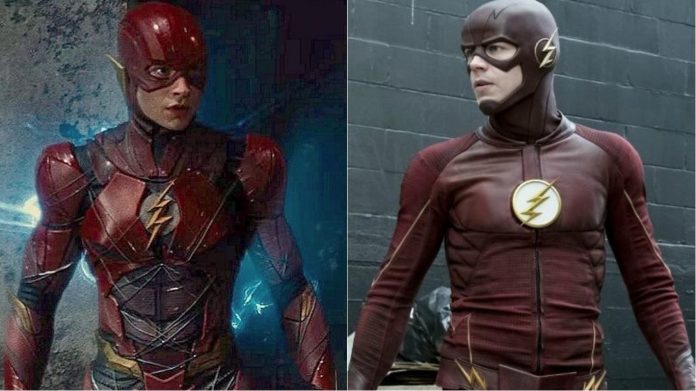 For most fans of “The Flash” TV series, Grant Gustin is their Barry Allen. When plans for a Flash movie were first announced, some fans hoped to see Grant Gustin cast in the role, but DC likes to keep their film and TV universes separate, therefore they cast Ezra Miller instead.

There was some backlash when the casting was announced from fans who felt that Grant should have gotten the part, but Grant and Ezra Miller have been nothing but supportive of each other.

Fans have gotten to know Grant Gustin’s Barry Allen quite well over the course of three seasons of “The Flash” but Ezra’s version of Barry is far less established. We met him briefly in “Batman v Superman: Dawn of Justice” and he’ll be getting a lot more screen time when “Justice League” is released later this year.

There are fans out there who are excited to see what Ezra Miller can do with the character, and Grant Gustin is one of them. A Reddit user recently spotted some comments that Grant Gustin made on Instagram, and he praised Ezra Miller’s acting chops. 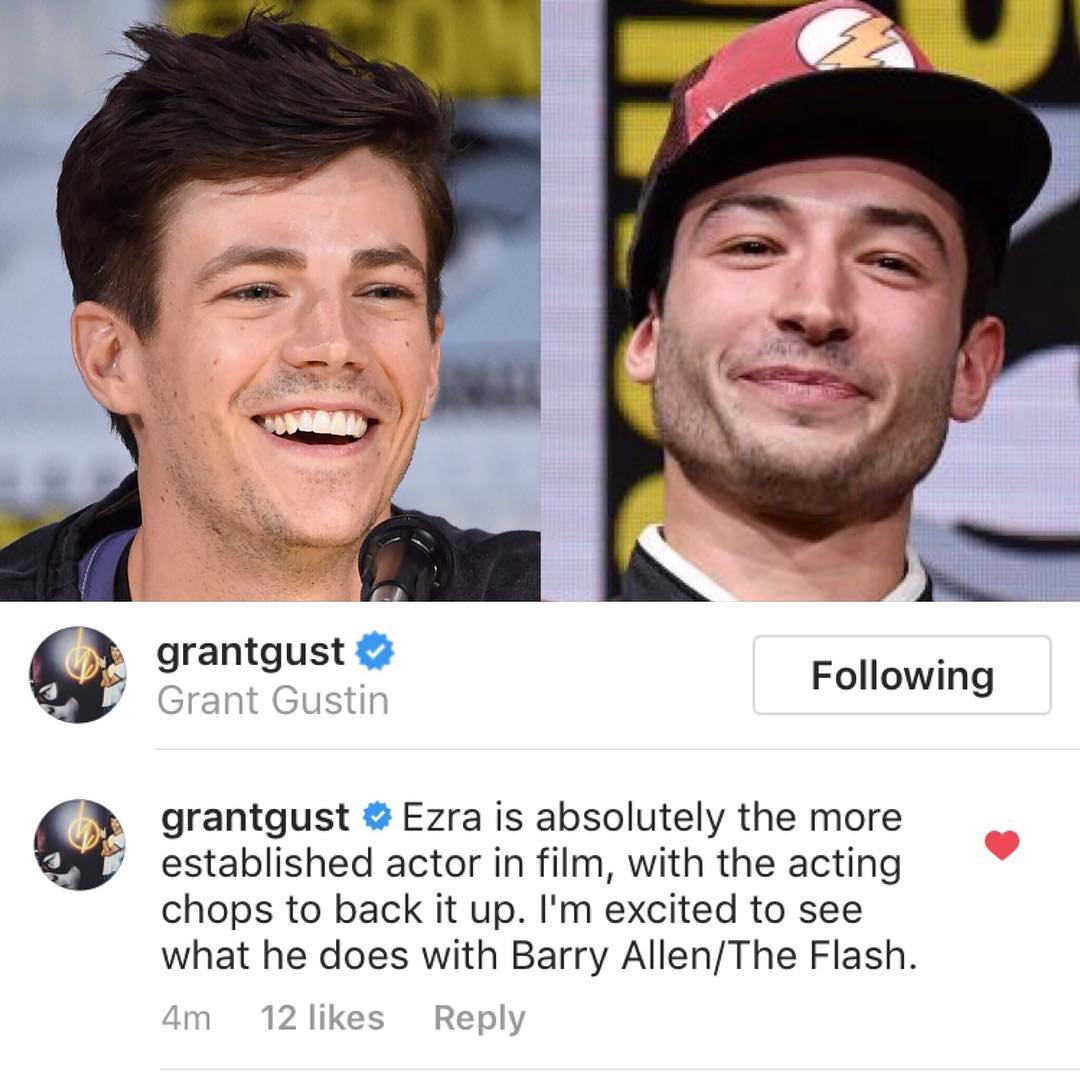 You can see Grant Gustin in action when “The Flash” season 4 premieres on Tuesday, October 10, and you can check out Ezra Miller’s Flash in “Justice League” on November 17, 2017.

Based on the characters from DC, THE FLASH is from Bonanza Productions Inc. in association with Berlanti Productions and Warner Bros. Television, with executive producers Greg Berlanti (“Arrow,” “Supergirl”), Andrew Kreisberg (“Arrow,” “The Flash”), Sarah Schechter (“Arrow,” “DC’s Legends of Tomorrow”) and Todd Helbing (“Black Sails”)