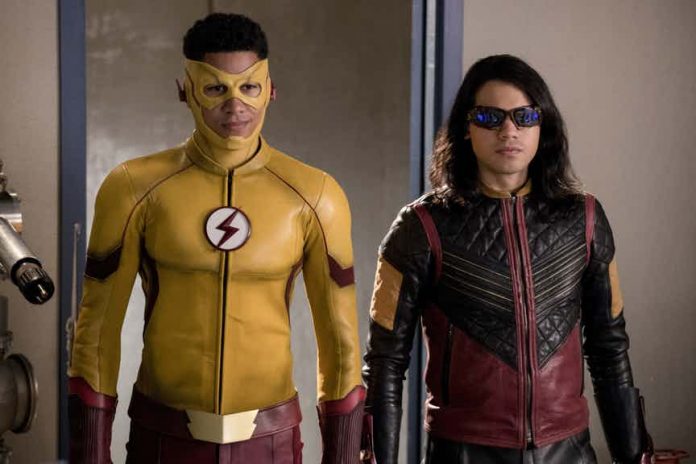 Cisco Ramon is a fan favorite on “The Flash” but Cisco hasn’t always been so lucky in his love life. He’s been known to not get the girl, and in season 3 of “The Flash” Cisco became smitten with a collector from Earth-19 named Gypsy.

Gypsy and Cisco have similar powers, and he tried his best to win her over throughout season 3. Eventually Cisco did win her over, and according to Carlos Valdes, they’ll be taking things to the next level in season 4.

It will be interesting to see how Gypsy and Cisco interact with each other when the show returns, but as we’ve seen before on “The Flash” romantic relationships on the show rarely get a happy ending.

“The Flash” will return for season 4 in October.

Barry Allen (Grant Gustin) lived a normal life as a perpetually tardy C.S.I. in the Central City Police Department. Barry’s life changed forever when the S.T.A.R. Labs ParticleAccelerator exploded, creating a dark-matter lightning storm that struck Barry, bestowing him with super-speed and making him the fastest man alive — The Flash. But when Barry used his extraordinary abilities to travel back in time and save his mother’s life, he inadvertently created an alternate timeline known as Flashpoint; a phenomenon that gave birth to the villainous speed god known as Savitar, and changed the lives of Caitlin Snow (Danielle Panabaker) and Wally West (Keiyan Lonsdale) forever.