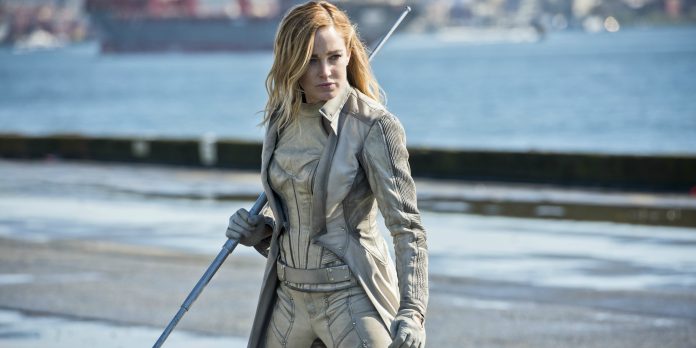 It’s been a while since we’ve seen Sara Lance in a relationship as she’s been pretty focused on protecting the timeline. But in season 3 of DC’s “Legends of Tomorrow” the show will be exploring Sara’s love life once again.

Caity Lotz seems to be all for it, and she noted in a recent interview that she wants to see Sara find real love. It looks like she might get her wish.

During the DC’s “Legends of Tomorrow” panel at Comic Con, it was confirmed that Sara will be entering a new relationship, and executive producer Marc Guggenheim said that the show will “reestablish” Sara’s bisexuality.

A fan recently asked Marc Guggenheim if Sara will be getting romantic with someone we already know, and he confirmed that her love interest will be a new character.

Now the only question is, will it be a completely new character, or someone that DC fans are already familiar with?