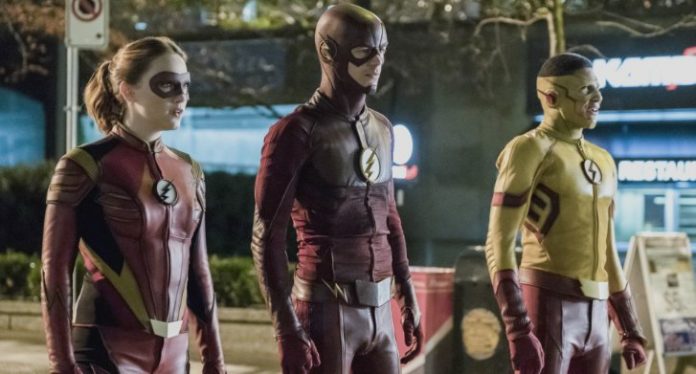 “The Flash” will be returning for season 4 in the fall, and when the show does return Team Flash will be doing their best to carry on without Barry Allen. Judging from the first trailer for the new season, it looks like Team Flash will still be actively fighting metahumans in Central City, but Barry Allen won’t be the only member that’s missing from the team.

Entertainment Weekly reports that Tom Felton will not be returning as a series regular for season 4. Tom Felton’s Julian Albert became a regular on the show after he was inadvertently added to the timeline when Barry created Flashpoint.

Barry and Julian started out as adversaries, and it was later revealed that Julian was Dr. Alchemy. After Barry and company broke Julian free of Savitar’s control, he ended up joining Team Flash.

At the end of the season 3 finale, Julian was still part of Team Flash, but Tom Felton was noticeably absent from the season 4 trailer that was released over the weekend.

That doesn’t mean Tom won’t make an appearance on the show in the future, but as of right now it doesn’t look like there are any plans for Julian, as it’s being reported that his return to the show has not been booked yet.

Will you miss Julian? Sound off in the comments below.