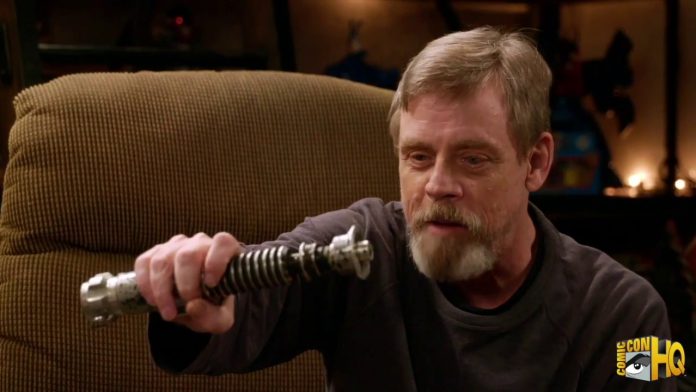 There have been a lot of famous lightsabers in the Star Wars universe, and in “The Force Awakens” one of the most iconic lightsabers of the series returned. As we saw in the film, Maz Kanata gave Luke Skywalker’s original lightsaber to Rey, and Rey later handed it off to Luke at the very end of the film.

Hamill also goes on to talk a little bit about what it was like to film the lightsaber scenes during the original trilogy, and you can see what he had to say in the clip below.

Mark Hamill is set to reprise his role as Luke Skywalker in the yet to be officially titled “Star Wars: Episode VIII” which will hit theaters on December 15, 2017.