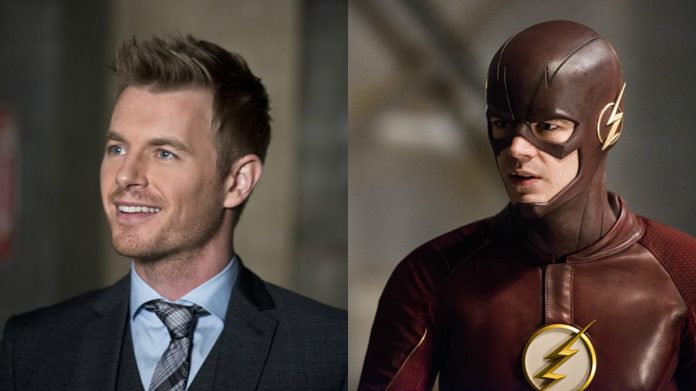 At the end of season 1 Rick Cosnett’s Eddie Thawne met his unfortunate end when he sacrificed himself in order to erase Eobard Thawne from existence. Unfortunately for Rick Cosnett, Eobard is still causing trouble in the “Arrowverse” but Eddie Thawne is no where to be seen. However, we will be seeing Eddie Thawne once again, as Rick Cosnett has confirmed that he is returning to “The Flash.”

Ok, hate to tease you but now I can say it: I'm coming back on #TheFlash Photo credit @HarveyHouseP @SpencerAHarvey @lloydharvey pic.twitter.com/Cu7POAZ5IW

It remains to be seen how he will be brought back or what his role will be, but with time travel and the multiverse in play on “The Flash” the door is wide open for him to return. It’s also worth noting that we may not know the full extent to which Barry changed the timeline when he created “Flashpoint” so it’s always possible that more changes could be revealed before the season ends.

Rick Cosnett isn’t the only familiar face returning to the series either, as it was recently announced that Robbie Amell will be reprising his role as Ronnie Raymond.

Related: Robbie Amell Set To Return To The Flash In Season 3

“The Flash” will return on January 24 with “Borrowing Problems From the Future.”

BARRY FIGHTS FOR IRIS — Barry (Grant Gustin) is tormented by his vision of the future where Iris (Candice Patton) is murdered by Savitar. When a criminal named Plunder (guest star Stephen Huszar) shows up in Central City, Barry recalls the villain’s presence in his vision of the future and fears that if he catches Plunder, it will cement Iris’ fate. Confused about Barry’s hesitation to stop Plunder, Wally (Keiynan Lonsdale) decides to step in as Kid Flash. Caitlin (Danielle Panabaker) offers Julian (Tom Felton) a job.