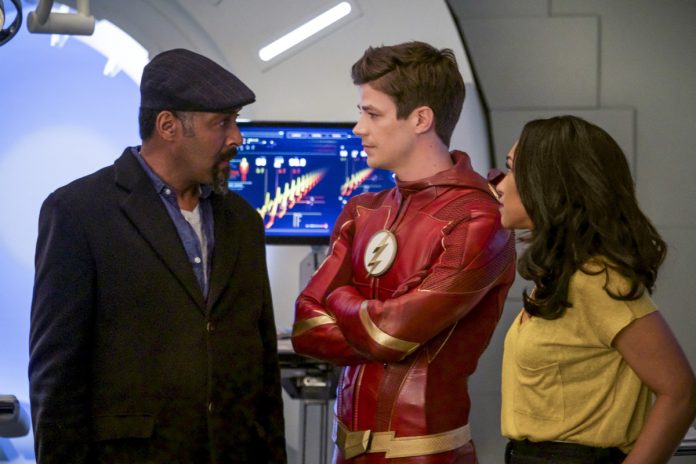 “The Flash” season 4 was a rough ride for Harry Wells of Earth-2. He struggled to deal with the fact that The Thinker was always one step ahead of Team Flash, and in an effort to make himself smarter, he actually lost his intelligence.

By the time the finale came to an end, Cisco found a way to fix Harry, but it was clear that his intelligence had not fully returned.

Wells told Cisco that he finally gave him balance between his head and heart, and he said goodbye to the team as he returned to Earth-2 to be with his daughter.

It appears that Harry is gone, but “The Flash” just wouldn’t be “The Flash” without some version of Harrison Wells.

Executive producer Todd Helbing recently spoke to TV Guide, and he confirmed that Tom Cavanagh will return for the new season, and we’ll be introduced to a new version of Harrison Wells.

“When I was up there shooting for the finale, [Tom Cavanagh] and I sat down and started talking about next season and a new character. I think we landed on one that’s pretty funny and unique, and I think it will give Tom a lot of meat to chew on.”

So far fans have seen quite a few different iterations of Harrison Wells, all of which have been entertaining in their own right, so it will definitely be interesting to see where Cavanagh takes the character next.

“The Flash” will return for season 5 in the fall.