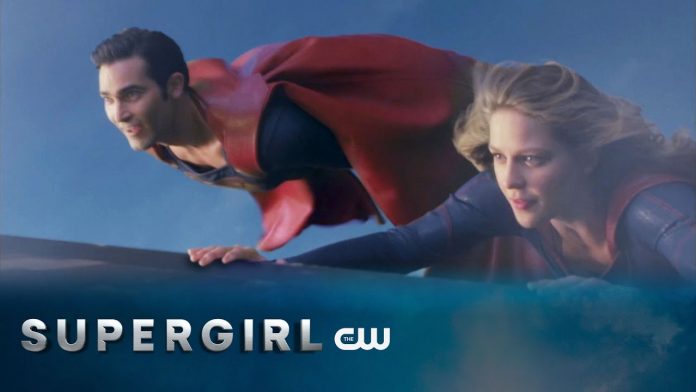 Tonight’s the night, after months of anticipation, “Supergirl” season 2 is finally going to premiere on the CW. The new season will kick off with “The Adventures of Supergirl” and the episode will feature the debut of Tyler Hoechlin as Superman.

Related: Supergirl Producer Says Her Universe Will Not Be Merging With The Arrowverse

To hype up the premiere the CW has released an action packed clip which gives us our first glimpse at the Supergirl/Superman team up. In the clip Superman sees a breaking news report about an aircraft falling from the sky, and Supergirl sees it too. They both take to the skies to try and save the day, and that’s when they run into each other.

The two Kryptonian cousins then decide to team up and attempt to save the day, and you can see how it all goes down in the clip below.

THE CW HAS A NEW HERO AND SHE’S BRINGING SUPERMAN WITH HER — When a new threat emerges in National City, Kara/Supergirl (Melissa Benoist) teams up with her cousin, Clark Kent/Superman (guest star Tyler Hoechlin), to stop it. Kara is thrilled to have family in town but it leaves Alex (Chyler Leigh) feeling a bit left out. Meanwhile, Hank (David Harewood) and Supergirl are stunned by the pod that came crashing to Earth.