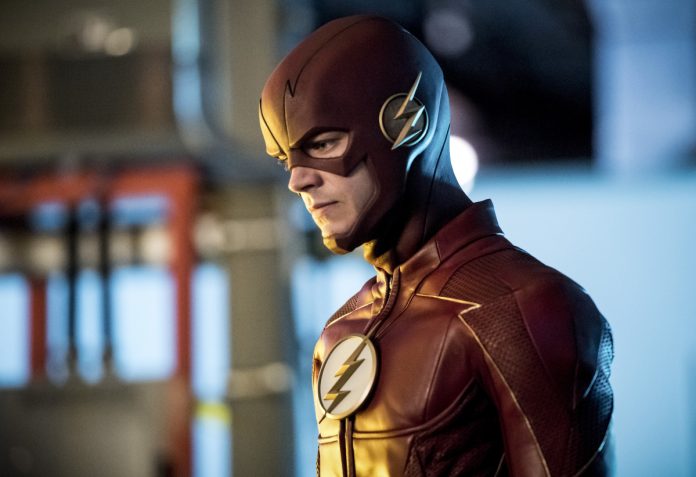 On Tuesday night “The Flash” finally returned with “The Flash Reborn” and now season 4 is officially moving full speed ahead. Barry Allen was freed from the Speed Force, and after telling us he’s the fastest man alive for three seasons, it appears that there’s finally some truth to his claim.

Related: Another Villain Confirmed For The Flash Season 4

Barry Allen wasn’t himself when he first got out of the Speed Force, but as we all learned, there’s absolutely nothing that will keep Barry from Iris West. We also got our first look at The Thinker, and Caitlin Snow rejoined the team, but it looks like she’s still having trouble controlling her inner Killer Frost.

Fans definitely seem happy about the return of “The Flash” and you can see some of the reactions below.

YOOOO HE’S RUNNING FASTER THEN EVER FOR HIS WOMAN #IrisLeads #TheFlash pic.twitter.com/5Uvczgb4Wr

Okay I wanna believe Barry is perfectly fine but…. I feel like something is off #TheFlash

I swear, every time the Samurai brings out his wings to fly all I can think of is Buzz Lightyear… #TheFlash pic.twitter.com/SFGD6wHzMO

The speed force was just an excuse to make Barry faster than Wally #DatFlash #TheFlash pic.twitter.com/IRkTsQ8TQ6

#Snowbarry #TheFlash
Need more than this but love them pic.twitter.com/zT2iDyWbX7

Barry is finally the fastest man alive. I forgot how good this show can be. #TheFlash pic.twitter.com/GCfE3NHkXH