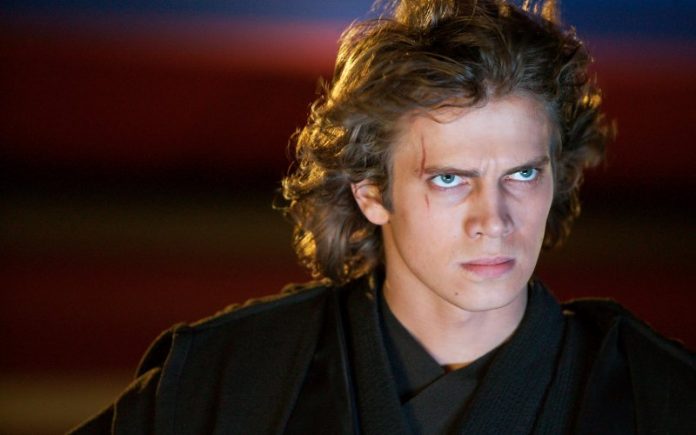 Hayden Christensen was a vital part of the Star Wars prequels as he played Anakin Skywalker in “Attack of the Clones” and “Revenge of the Sith.” There’s got to be a lot of pressure involved when you’re playing a character who you know is set to become one of the most vicious and iconic villains of all time, but Hayden seems to remember his time on the set fondly.

Related: Mark Hamill Reveals His Idea For A Luke Skywalker And Han Solo Reunion In The Force Awakens

The Star Wars prequels have been met with mixed responses over the years, and one of the things people seem to unanimously hate about the prequels is the corny dialogue. Christensen of course was given some of the worst lines in the movies, and people constantly reference the scene where he explains to Natalie Portman’s Padme Amidala why he hates sand.

People have been cracking jokes about Hayden’s sand dialogue for years now, and over the weekend at Star Wars Celebration one interviewer worked up the nerve to ask Hayden himself how he truly feels about sand. It turns out he has a lot more in common with Anakin than you might think.

“Well you know, it’s not very smooth. It doesn’t really stay in one place, so I’m not such a big fan of it myself although if it leads to the water I can tolerate it. But Anakin came from a desert planet so I understood his contempt for it.”

There you have it folks, sand just isn’t cool.

“Star Wars: The Last Jedi” opens in theaters on December 15, 2017, and you can check out a quick interview with Hayden Christensen below.