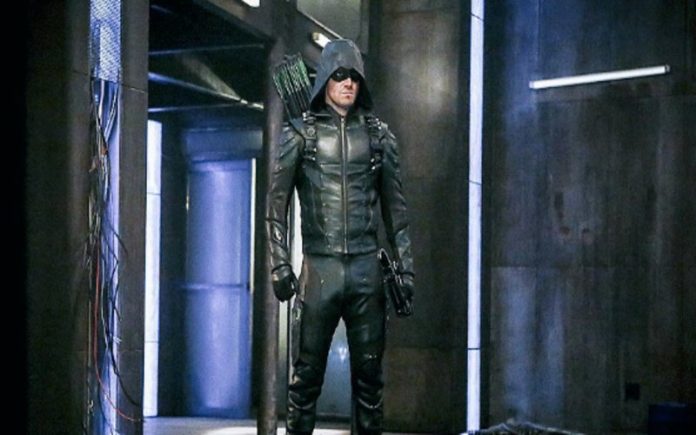 “Arrow” is set to return tonight, and judging from the recent trailers and clips, the show is going back to its gritty roots.

Oliver Queen and Felicity Smoak are the only remaining members of Team Arrow, but there are other vigilantes trying to protect the streets of Star City. The CW has released a new clip from the season 5 premiere and it gives us a glimpse at one of the vigilantes in action.

In the clip Oliver runs into Anarky, who is trying to blow something up. Green Arrow shoots a trick arrow at the bomb, and then engages in some hand to hand combat with Anarky. After the battle wraps up Oliver turns around to see Wild Dog attempting to disarm the bomb himself.

Oliver doesn’t approve of Wild Dog’s actions, and he lets him know in a pretty violent way.

It’s been confirmed that Wild Dog, Artemis and Mister Terrific will be joining Team Arrow this season, but it doesn’t look like Oliver and Wild Dog are going to start off on the right foot.

Oliver needs to make new friends on the premiere of #Arrow, TONIGHT at 8/7c on The CW. pic.twitter.com/YwtzdO4kC1