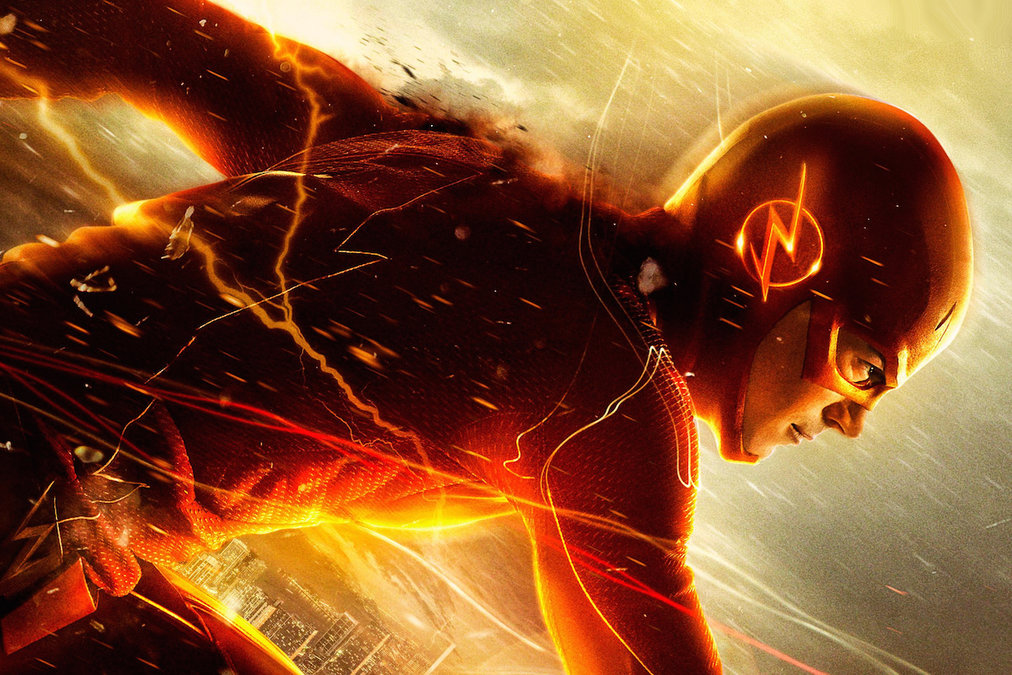 This time last year fans were foaming at the mouth waiting for the debut episode of “The Flash.” Here we are a year later and the first season has completely blown away everyone’s expectations. There were many great episodes this season and it was a challenge to pick the top 5. But when we looked back these are the ones that stood out the most.

After seeing Barry Allen get struck by lightning during the second season of “Arrow” fans were waiting with anticipation for the first episode of “The Flash.” When it finally arrived, it did not disappoint. The pilot did everything it needed to do. It didn’t waste time establishing the fact that Barry was destined to become a hero and it didn’t drag on like most origin stories do.

The world of “The Flash” was clearly established in under an hour and it left you wanting more by the end. After all, who could ever forget the moment we saw Harrison Wells walk into his secret room for the first time?

The man in the yellow suit was a threat looming over The Flash’s head for the entire season so when they finally came face to face it certainly lived up to the hype. Watching The Flash battle the Reverse Flash for the first time was pure entertainment and unforgettable.

This episode did a great job of establishing the Reverse Flash as Barry’s arch-nemesis. After finding a way to defeat his enemies week in and week out, Barry finally met a challenge he couldn’t overcome. It added a nice sense of urgency to the show and it didn’t give us too much at once. Although we finally got an up close look at the Reverse Flash, his appearance left us with more questions than answers and that turned out to be a great thing.

Now that Harrison Wells had finally revealed himself to be Eobard Thawne, also known as the Reverse Flash, it was full steam ahead for The Flash/Reverse Flash rivalry. After the Reverse Flash hatched a plan to activate the particle accelerator again, Barry and the gang realized they needed to find a way to transport the meta-humans trapped inside. Barry turned to Captain Cold for help only to see Cold turn on him.

This episode got the rogues back out in the open and had quite a few fun battles. Seeing Barry battle the rogues he locked up was fun, but it was the climax of the episode that stole the show.

The Flash, The Arrow and Firestorm all teamed up to take on the Reverse Flash and he was finally captured. It was fun to see another Arrow/Flash crossover but the real satisfaction in this episode was seeing Barry lock up Eobard Thawne at last.

The team behind “The Flash” often compared this episode to a season finale in the weeks leading up to it and that comparison could not have been any more spot on. This episode was a game changer for “The Flash” as it introduced the element of time travel. The time travel concept could have very easily ruined the show but it only ended up making it stronger. Fitting action, humor, romance and science fiction into one hour of television is no easy task but the writers of “The Flash” did it with ease.

It was bittersweet to see Barry and Iris finally get their moment only to see it all be erased by time travel but it was the confrontation between Cisco and Harrison Wells that got people talking. The moment when Harrison Wells finally revealed his true identity and intentions to Cisco moments before killing him was arguably the show’s finest scene.

It could be cliche to say that the season finale was the best episode of the season but in this case it’s true. This episode managed to do so much for the show in a short amount of time.

Watching Grant Gustin’s Barry Allen go back and forth in a conversation with Tom Cavanaugh’s Eobard Thawne was the moment we had been waiting for and it did not disappoint. Hearing Eobard tell his story to Barry was one of the most memorable moments of the show and that was only the beginning of the episode.

There were so many amazing moments in “Fast Enough” that it’s hard to keep track. We got so many great DC references as Barry traveled through time it was hard not to get excited for what’s to come. Not only that but the special effects were far above anything else the show had done up to this point.

Barry’s reunion with his mother was bittersweet but nothing was as shocking as Eddie taking his own life to save everyone else. When it comes to twists no one did them better this year than “The Flash” but no one saw that coming.

The show could have wrapped things up but instead it left us with a massive cliffhanger that is sure to get people to tune in for season 2. This episode just had everything. It had twists, turns, revelations, action, romance and it changed the shape of things to come. For all the great episodes that took place during “The Flash” season one, this was the show’s best overall.

There you have it, those were our picks for the top 5 episodes. Which episodes would you pick?