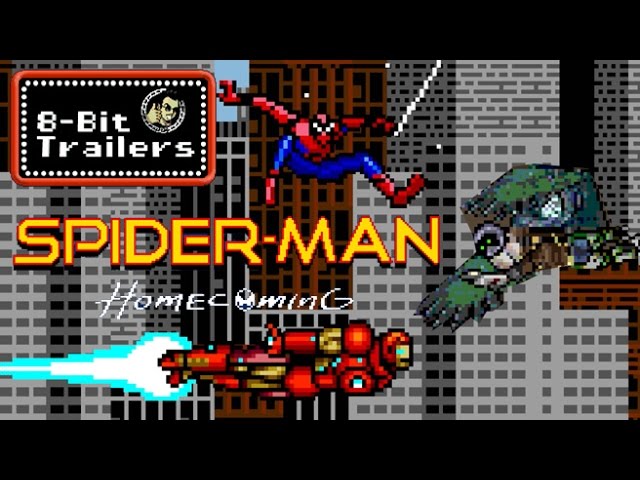 Late last year the “Spider-Man: Homecoming” trailer dropped and it set the internet on fire. We got out first official look at the Vulture in action, and we were also treated to an epic shot of Spider-Man swinging side by side with Tony Stark.

Fans have seen the regular trailer for “Spider-Man: Homecoming” and the international trailer, and now a new trailer for the upcoming film has arrived. JoBlo Movie Trailers has put together a new 8-Bit Trailer for the movie and it’s a must-see trailer for Spider-Man fans.

Thrilled by his experience with the Avengers, young Peter Parker (Tom Holland) returns home to live with his Aunt May. Under the watchful eye of mentor Tony Stark, Parker starts to embrace his newfound identity as Spider-Man. He also tries to return to his normal daily routine — distracted by thoughts of proving himself to be more than just a friendly neighborhood superhero. Peter must soon put his powers to the test when the evil Vulture emerges to threaten everything that he holds dear.