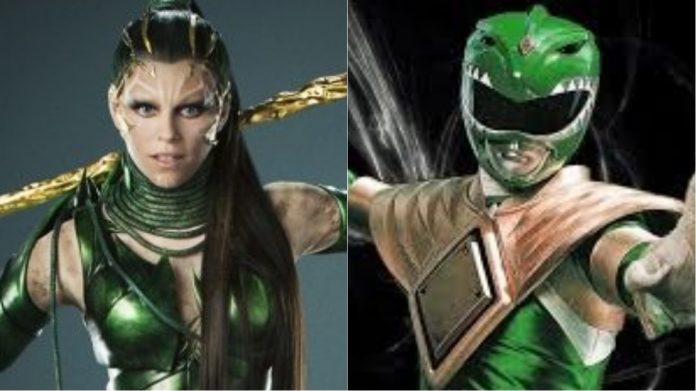 “Power Rangers” was recently made available for home release, and as Lionsgate and Saban try to decide whether or not they’re going to make a sequel, director Dan Israelite has been making the rounds doing interviews.

The film featured the five classic rangers, red, yellow, blue, black, and pink, and it also featured Rita Repulsa who turned out to be the Green Ranger gone bad. Dean Israelite spoke to Comicbook.com about the decision to give Rita the green Power Coin, and he noted that everyone felt there was enough evidence in the cannon to support the idea that Rita was once the Green Ranger.

“When I first came up, that is what we started to talk about is that she was going to be the Green Ranger. We were trying to figure out a mythology for her, and it felt like there was real evidence in the cannon because she ultimately ends up giving Tommy the coin. That there was evidence in a way that she could be the green ranger. So it fits really organically into the mythology that is already there, and when we came up with that idea, it was very exciting, because we felt like we had kind of opened up this whole new prologue in a way.”

“Power Rangers” is now available on digital, DVD and Blu-Ray.