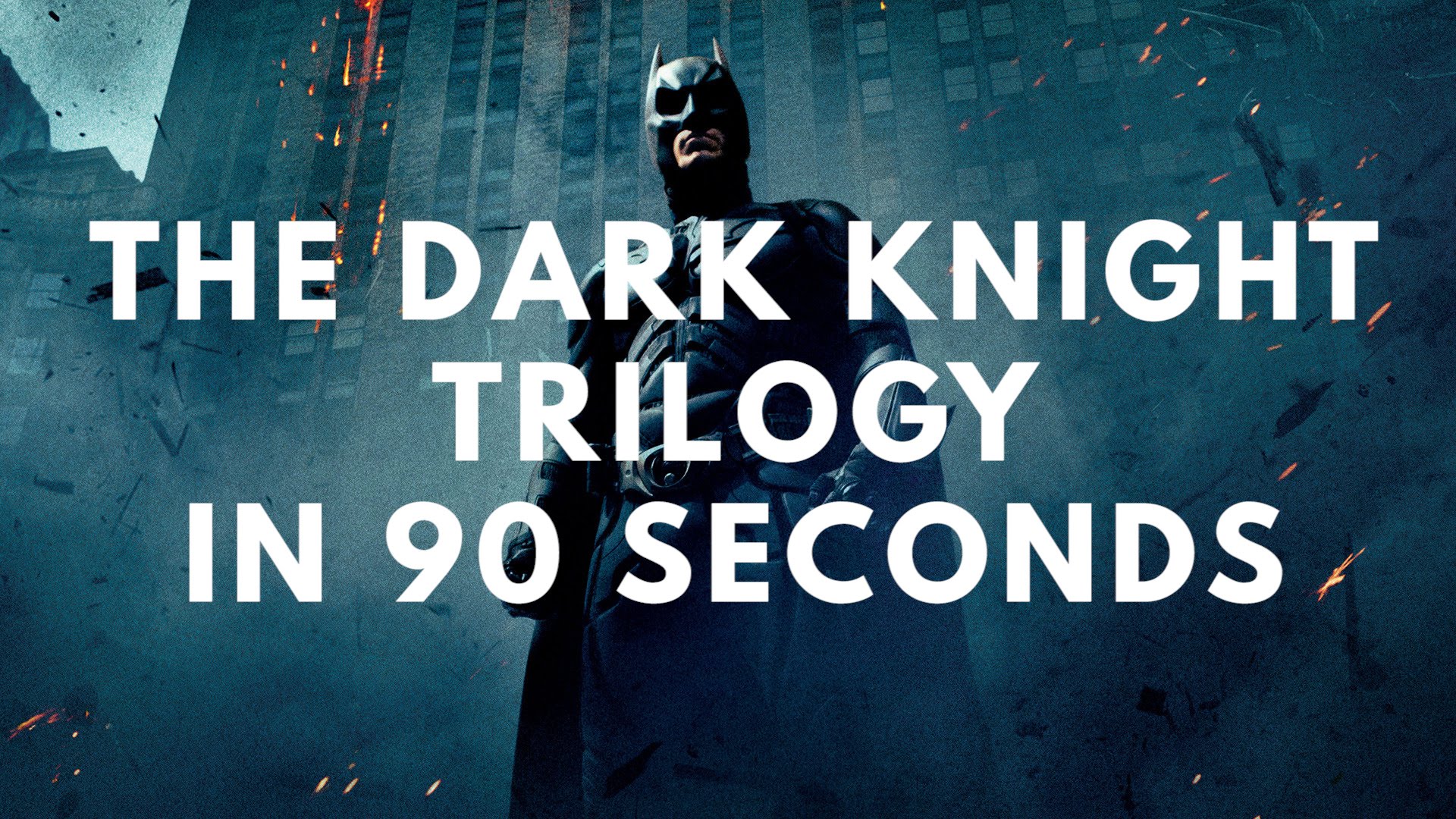 “The Dark Knight” trilogy was made up of three exciting Batman films each of which had a lengthy run time. But the folks over at Burger Fiction have condensed the entire trilogy into one 90 second clip.

The clip covers everything from Batman’s origin in “Batman Begins,” to his supposed death at the end of “The Dark Knight Rises.” If you’ve seen the movies before then you’ll probably appreciate this quick refresher, but if you’ve never seen the films before then you’re going to want to pay close attention because “quick” is the key word here.

You can relive “The Dark Knight” trilogy and all of Christian Bale’s Batman voice glory via the clip below.