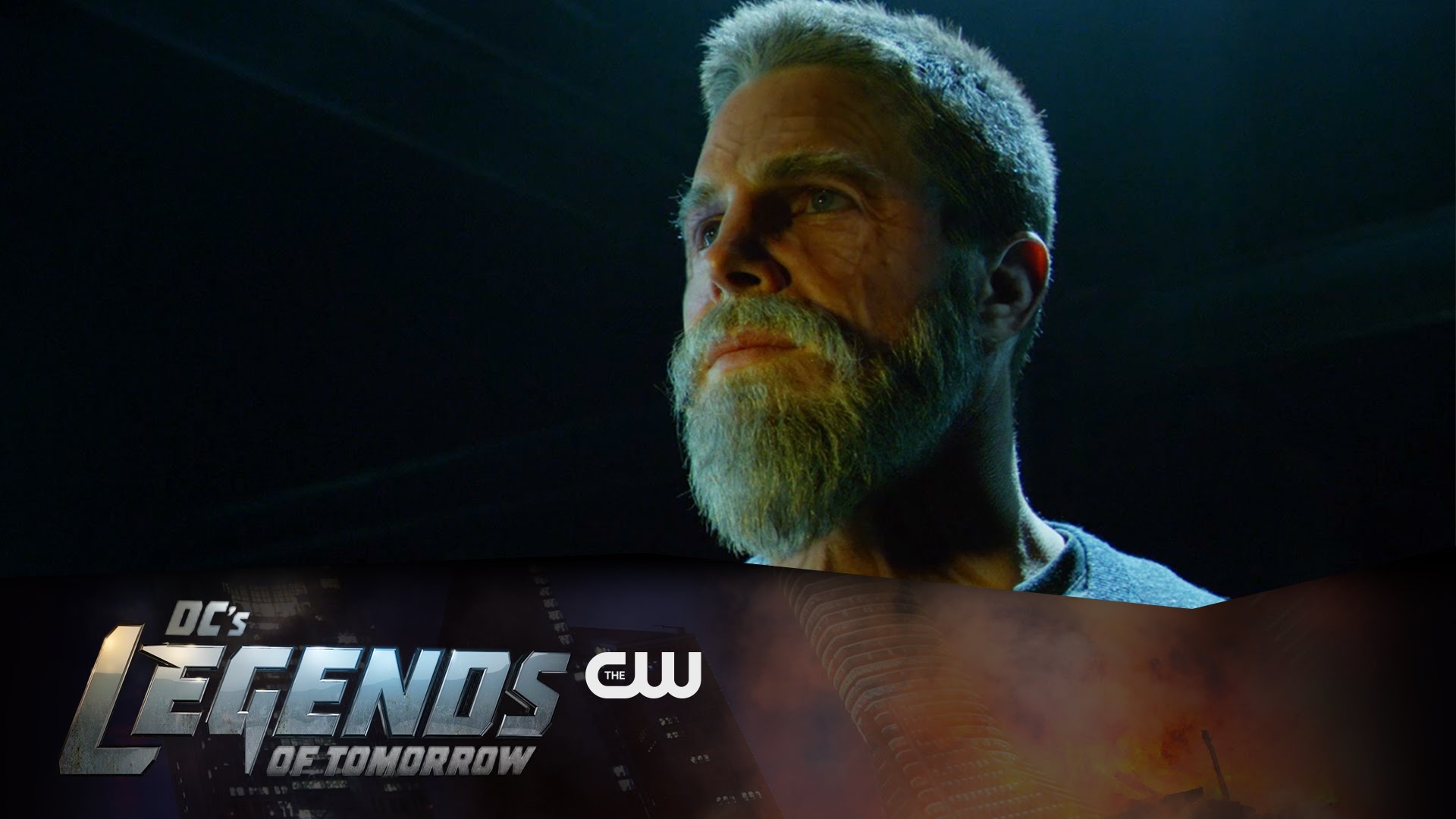 For fans of the Arrowverse tonight’s DC’s “Legends of Tomorrow” episode titled “Star City 2046” is the gift that keeps on giving. The team will be spending some time in a dystopian future where Star City is in shambles. Along the way they’re going to meet Connor Hawke and of course Oliver Queen.

We’ve seen pictures of Oliver Queen’s goatee and what he looks like as an old man. But in the pictures he’s been using a prosthetic arm. The CW has now released a new clip from tonight’s episode showing one armed Oliver Queen for the first time.

The “Legends of Tomorrow” team enters what used to be Team Arrow’s lair to find it in shambles. That’s when they’re met by a less than friendly Oliver Queen. You can check it out below.

Tonight’s episode titled “Star City 2046” airs on the CW at 8pm EST. You can read the official synopsis for the episode below.

THE TEAM ENCOUNTERS A VERY DIFFERENT OLIVER QUEEN – When a malfunction sends the Waverider crashing into 2046 Star City, our heroes face a startling version of their own future where they never stop Savage (guest star Casper Crump) and never return home. The city is in ruins and overrun by criminals, which thrills Rory (Dominic Purcell). Sara (Caity Lotz) is despondent over the destruction of her home and stunned when she learns what happened to her old friend, Oliver Queen (guest star Stephen Amell).