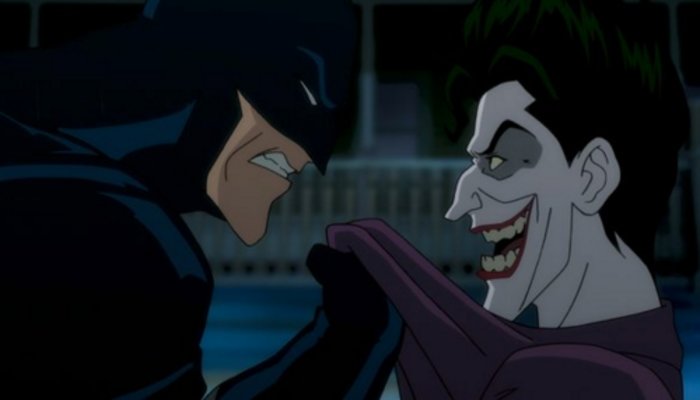 Mark Hamill and Kevin Conroy are returning as The Joker and Batman for the upcoming DC animated film “Batman: The Killing Joke.” Comic Book Resources broke the news along with the announcement that Tara Strong will provide the voice for Barbara Gordon and Ray Wise will be voicing Commissioner Gordon.

Mark Hamill playfully hinted at the news on Twitter with some carefully placed words.

THE "All it takes is one bad day to reduce the sanest man alive to lunacy…Just one bad day." pic.twitter.com/bqzBQPIhOw

JOKE "If I have to have a past, then I prefer it to be multiple choice" pic.twitter.com/o1ZybkvTwa

Hamill also spoke to CBR and expressed his excitement about the fact that he will once again be working with Kevin Conroy.

“The chance to work once again with Kevin Conroy, my favorite Batman, in what some consider the definitive origin of this iconic villain is a dream come true for me,” Hamill said.

Conroy expressed the same sentiment when asked about what it will be like to team up with Hamill once again.

“Mark always enables me to be a better actor. I’m thrilled that we’re both back to bring these characters to life in one of the most heralded Batman/Joker stories of all time.” Conroy added.

Mark Hamill and Kevin Conroy have a long history together and now they’re going to be bringing one of The Joker’s most iconic stories to life. The animated movie will premiere at San Diego International Comic Con later this year with a summer release date that has yet to be announced.