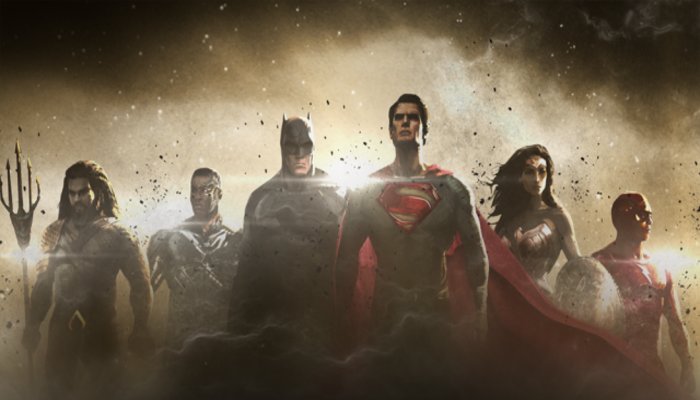 March is going to be a big month for DC as they release “Batman v Superman: Dawn of Justice.” There’s a lot riding on the film as DC and Warner Bros. have been working to kick their film universe into high gear. Over the next few years we’ll be seeing Wonder Woman, Cyborg, Aquaman and the Green Lantern Corps. get their own films. And of course in 2017 we’re going to see them all team up to form the Justice League.

Production for the Justice League film will be getting underway sooner rather than later as Entertainment Weekly has confirmed the movie will start shooting in April. Zack Snyder has directed “Man of Steel” as well as “Batman v Superman: Dawn of Justice” and he’ll also be sitting in the director’s chair for the Justice League film. Snyder told ET that bringing the film together is an “about time” moment, but that he wanted to make sure the universe the team lives in was established first.

“The idea that we could begin to boot up a Justice League concept was a cool thing It was a little bit of an ‘about time’ moment, and I don’t blame [the studio] for feeling that way, because it’s a long time coming. But I do feel like it’s a little bit of a creative hurdle. It seems like an easy thing to do at first glance, the idea that, ‘Oh, we just get the rest of the superheroes in there.’ But you have to [establish] a world where they can exist.” Snyder said.

“Batman v Superman: Dawn of Justice” is set to feature cameos from Flash and Aquaman but Snyder says their roles in the film are very small.

“As far as the other Justice League characters go, they play a very small role. It’s really just a whisper they exist. Except for Wonder Woman, we see her really well. But really the movie is about Batman and Superman. And we really take time with them and we really drill down on the why of them and what they stand for and their beliefs and them as characters. That’s pretty much the why of the movie. But again as I said, it does begin the conversation about these guys are out there.” Snyder said on the Hall of Justice podcast.