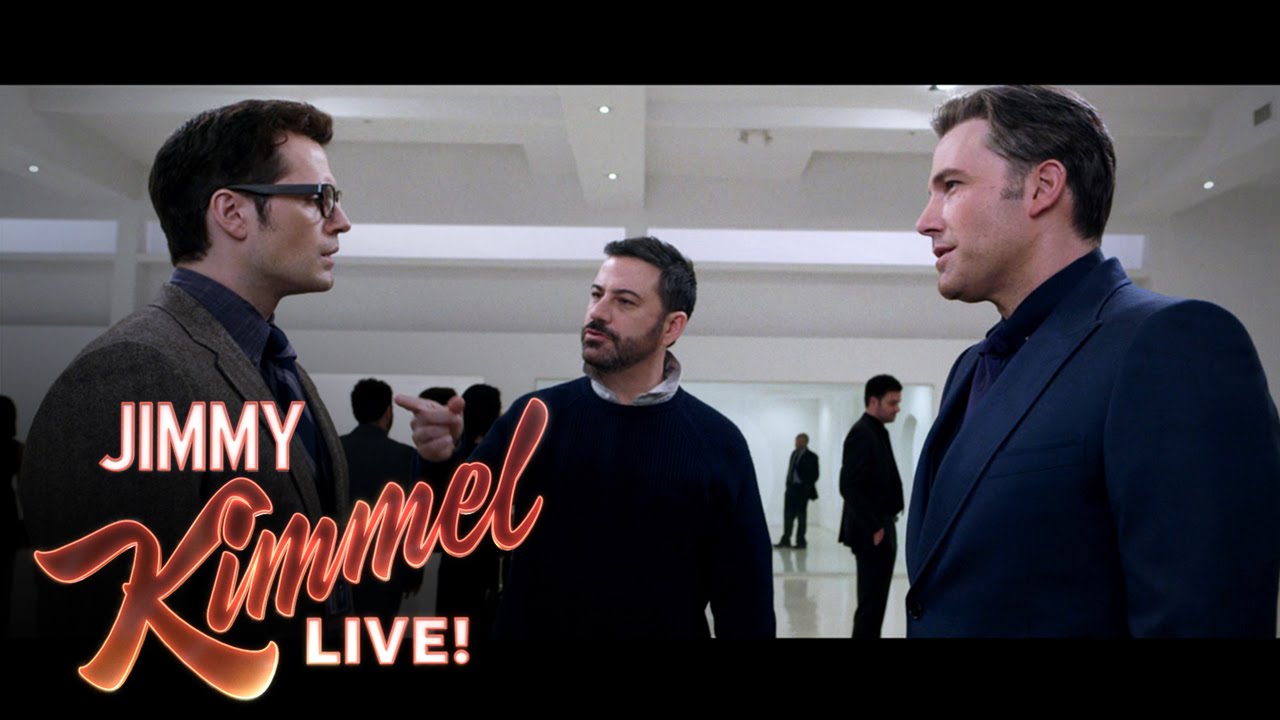 Sunday night was a huge night for Hollywood as the 88th Academy Awards took place and Leo finally won an Oscar. After the big show, Jimmy Kimmel hosted an after the Oscars special and Ben Affleck stopped by.

During his appearance Affleck revealed that Jimmy Kimmel himself actually made an appearance in “Batman v Superman: Dawn of Justice.” But unfortunately for him, his scene had to be cut.

Kimmel appears during the party sequence we’ve seen from the trailer where Bruce Wayne and Clark Kent have a tense conversation. Jimmy can be seen in the background grilling Clark Kent’s face until he finally pops up and says “You’re Superman!”

Having no shame Jimmy Kimell pulls out his phone for a selfie with Superman. Ben Affleck then busts out his Batman voice as he instructs Kimmel and Kent to “Say cheese.”

It’s a shame that we won’t be seeing this scene in the movie, but you can check it out in the video clip below.