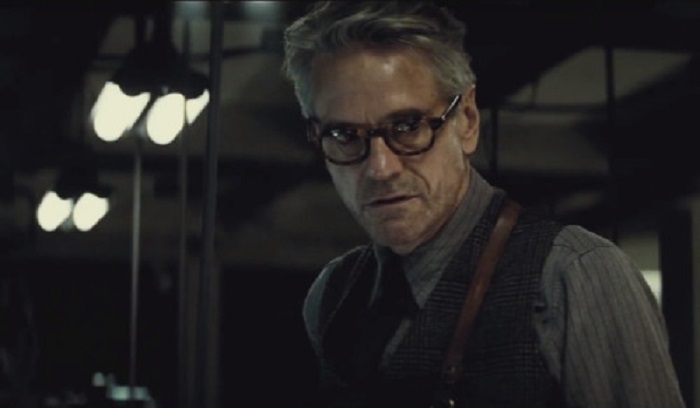 Jeremy Irons recently spoke to the Toronto Sun and said he filmed “five or so” scenes for “Batman v Superman: Dawn of Justice” over the course of a month.

“It was a month in Detroit, which is actually longer than you’d imagine. But big films move slowly. It’s like a huge oil tanker.” Irons said.

“Zack Snyder, the director, wanted to create a completely different Alfred. So I felt I didn’t have to carry any baggage from previous ones. It’s sort of a reincarnation if you’d like. I had a feeling I was creating my own Alfred, more of a man who can actually do anything if he has to.” He added.