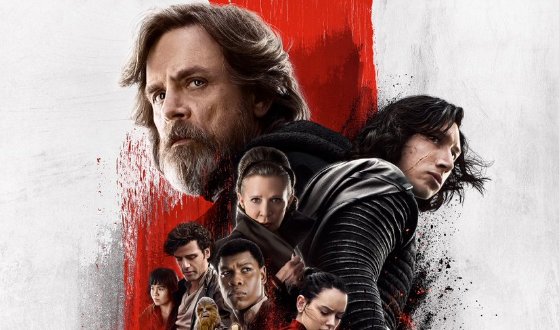 After two years of hype “Star Wars: The Last Jedi” is finally set to hit theaters this week and so far the reactions to the film have been mostly positive.

“The Force Awakens” managed to make massive amounts of money when it was released in 2015, but some people criticized the film for being too similar to “A New Hope.” One person who criticized the film happened to be George Lucas, who said it was a “retro” movie during an interview.

“They wanted to do a retro movie. I don’t like that,” he said. “They weren’t that keen to have me involved anyway, but if I get in there, I’m just going to cause trouble, because they’re not going to do what I want them to do. And I don’t have the control to do that any more, and all I would do is muck everything up. And so I said, ‘OK, I will go my way, and I’ll let them go their way.’”

Lucas later released a statement saying that he was proud of what director J.J. Abrams created, but it’s probably safe to say that “The Force Awakens” isn’t his favorite Star Wars film.

Luckily it seems that “The Last Jedi” seems to have fared better with Lucas, as The Hollywood Reporter reports that Lucas thought the film was, “beautifully made,” confirmed Connie Wethington, a rep for Lucas.

“And in speaking with director Rian Johnson after viewing was complimentary,” she added.

It seems that Disney has trust in director Rian Johnson, as he’s been given the green light to create his own trilogy revolving around new characters, so that’s a good sign.

“Star Wars: The Last Jedi” has been getting positive reviews, and currently has a 94 on Rotten Tomatoes.