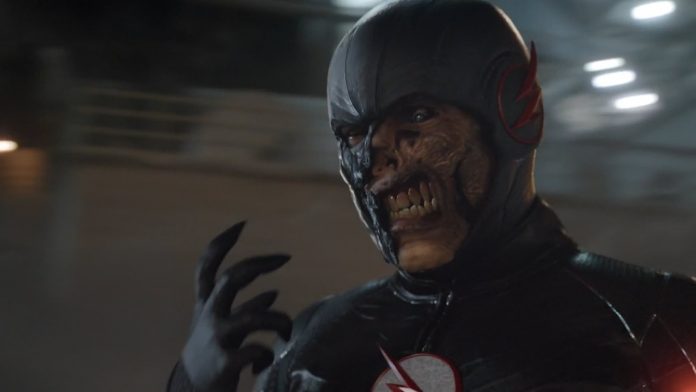 “The Flash” season 2 was another roller coaster ride and there were plenty of twists and turns throughout the season.

In season 2 we were introduced to Teddy Sears, who we thought was playing Jay Garrick from Earth-2. It turns out that he was just posing as Jay Garrick, and he was later revealed to be Hunter Zolomon/Zoom.

During the season 2 finale The Flash and Zoom battled each other one last time and near the end of the episode Zoom was carried off by Time Wraiths. As the Time Wraiths carried him away his body began to decay and fans immediately picked up on the fact that Zoom’s decrepit body looked a lot like the Black Flash.

Everyone’s been wondering if we’ll be seeing Black Flash in season 3, and EW recently asked producer Andrew Kreisberg if Teddy Sears will be returning.  According to Kreisberg, a Black Flash appearance is likely in the future, but there are no immediate plans to bring him back.

“Obviously we did that on purpose,” Andrew Kreisberg told EW. “We love working with Teddy [Sears]. He’s such an amazing actor and amazing person, and was so much a part of the success of this show last season. There aren’t any immediate plans for that, but you can’t keep a good Black Flash down, so I’m sure we’ll be seeing him in the future.”

“The Flash” will return for season 3 on Tuesday, October 4th.