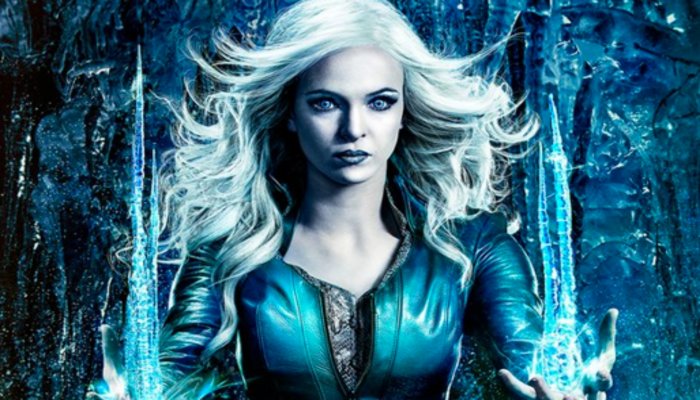 This week’s episode of “The Flash” is going to be a big one as Team Flash is finally making the trip to Earth-2. That means we’re going to see the Earth-2 doppelgangers of Barry Allen, Iris West, Joe West and of course Caitlin Snow.

Caitlin Snow’s Earth-2 doppelganger is none other than the villain Killer Frost and she’ll be accompanied by Earth-2’s Ronnie Raymond who is Deathstorm in their world. Danielle Panabaker already knows what it’s like to play Killer Frost on Earth-2, but everyone’s dying to know if we will see Earth-1’s Caitlin Snow make the transformation at some point.

IGN recently asked Panabaker how she feels about Killer Frost possibly coming to life on Earth-1 and she said that she would love to see it.

“I would love to see that. We jump into an already established Killer Frost with these two episodes when we go to Earth-2. The opportunity to develop that and see what that [origin] looks like – if Caitlin from Earth-1 were to develop superpowers or become a metahuman, become Killer Frost, would be really fun to explore and see what it takes to ‘turn her’.” via CBM.

Barry gets his first look at Killer Frost on a new episode of #TheFlash, TOMORROW at 8/7c. pic.twitter.com/NI1ZJuzCUx