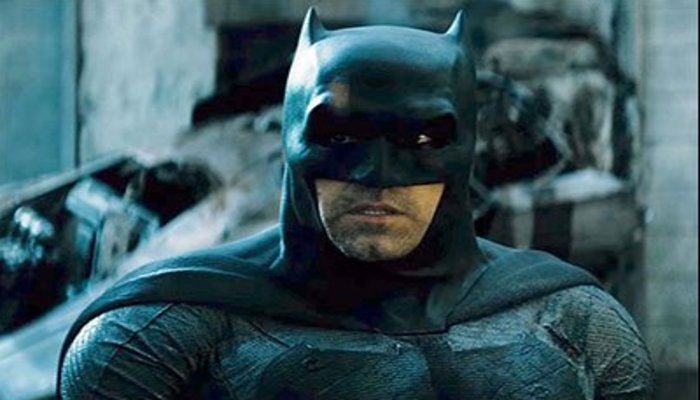 Ben Affleck is suiting up to play Batman in “Batman v Superman: Dawn of Justice” next month. But Ben Affleck is more than just an actor. He’s also an award winning writer and director. We bring this up because a new report is claiming that Ben Affleck took it upon himself to do rewrites on the script while the film was shooting. But that’s not all.

The best part is that he didn’t just rewrite the script, he reportedly rewrote the script while wearing his Batman suit. A source reached out to US Weekly and claimed that Ben would get “all suited up” and rework the script because he “wasn’t thrilled with it.” The report goes on to mention that Affleck fixed the script “day of” on “multiple occasions.”

So yeah, that’s a pretty hilarious image. Ben Affleck just sitting at a desk in his Batman costume furiously typing away at a MacBook. Wait, is Ben Affleck a MacBook guy? No, he’s a PC guy. Wait, nope. Definitely MacBook.

Anyway, although the story is funny, you have to wonder what was in the original script that he wasn’t thrilled about, and did he change it for the better? As we mentioned earlier, Affleck is an award winning screenwriter so there’s really no reason to believe that any alterations he might have made won’t benefit the film. But we all know that rewrites can sometimes make a film feel disjointed and uneven.

“Batman v Superman: Dawn of Justice” hits theaters next month. So soon we’ll all be able to find out if the Batsuit took Ben Affleck’s writing to the next level.