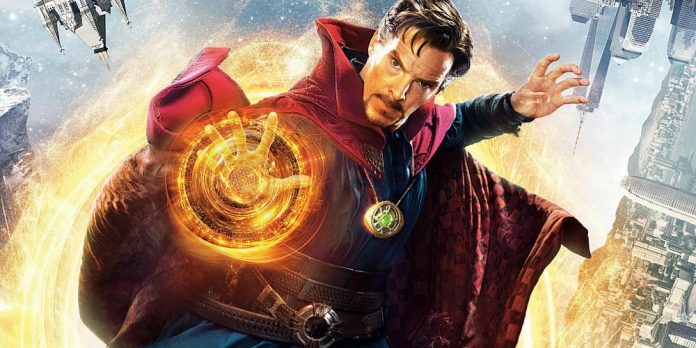 Next year “Avengers: Infinity War” is set to hit theaters next year, and it’s shaping up to be the most massive Marvel film so far. The movie will bring together many characters from the MCU, and the cast is currently hard at work filming the movie.

Related: Avengers: Infinity War Will Have A Scene With Over 30 Characters In It

Benedict Cumberbatch will be reprising his role as Doctor Strange, and it looks like Strange may be getting a decent amount of screen time in film, as he’s been spotted in several photos from the set. Now some video from the “Avengers: Infinity War” set has surfaced online, and it shows Doctor Strange in action.

It’s not quite clear what he’s doing in the clip, but since it’s Doctor Strange it’s probably safe to say he’s doing something magical. Check it out below.