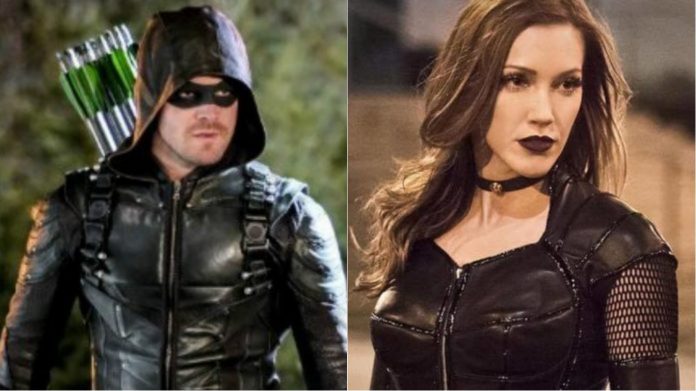 When Laurel Lance was killed off in “Arrow” season 4 fans were crushed at the thought of Katie Cassidy no longer being part of the “Arrowverse.” But thanks to the fact that the multiverse is always in play, the writers were able to bring her back as Black Siren, Laurel’s Earth-2 doppelgänger who leans much more to the villainous side than her Earth-1 counterpart did.

Related: Arrow: Deadshot Actor Michael Rowe Reveals Which Character He Wants To Team Up With

Katie Cassidy will be a series regular in “Arrow” season 6, which means we’ll be seeing a lot more of Black Siren in the future. When Black Siren first infiltrated Team Arrow in season 5, Oliver tried his best to help her find redemption, but it didn’t work out.

When it comes to season 6, fans can expect more villainy from Black Siren, but it doesn’t sound like certain characters on the show have given up hope that she can be redeemed.

“I don’t know if there’s any question about whether or not the [idea] of redemption will come up; it has to,” co-showrunner Wendy Mericle told TVLine. “Her father is there. Oliver is there. Everyone is going to be asking whether or not it’s possible to find a little piece of Laurel, the Laurel Lance they knew and loved, in there somewhere.” That said, “I think she’s interesting as a [villain],” Mericle asserted. “Black Siren is a badass.”

Will Black Siren eventually see the error of her ways and join Team Arrow? We’ll find out when the show returns for season 6 in the fall.