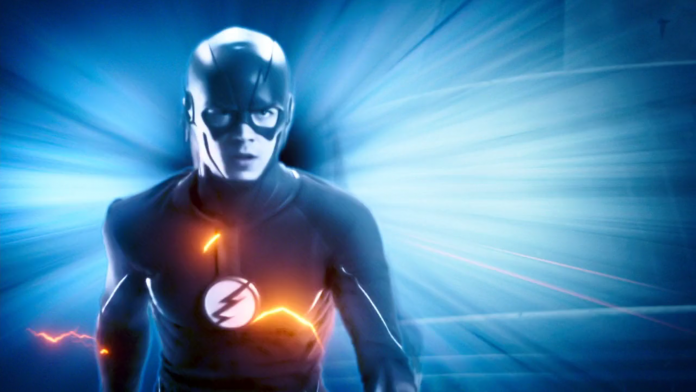 Time travel has always been a big plot point on “The Flash.” Time travel was first introduced in the season 1 episode “Out Of Time” and the show has been playing with the concept ever since.

At the end of season 2, Barry screwed up in a big way when he traveled to the past and stopped Reverse-Flash from killing his mother. Barry created “Flashpoint” and he’s been dealing with the repercussions of his actions ever since.

It seems that Barry Allen has learned his lesson, as the Speed Force made it clear that he’s played with the timeline one too may times in a recent episode. Although time travel has been the driving force for season 3, don’t look for season 4 to follow suit.

Showrunner Todd Helbing recently spoke during the “Arrowverse” panel at PaleyFest, and he admitted that he doesn’t see the show doing as much time traveling in season 4 (via Rotten Tomatoes).

“We haven’t really talked that much about season 4 yet, but I don’t think we’re going to do as much time traveling,” Todd said.

It was also noted by co-showrunner Aaron Helbing that the next season will likely focus on the present.

“We like playing with the timelines and the different time periods and future and past. For now, I think we’re going to focus on the present.”

Although the first three seasons of The Flash have followed somewhat of a formula, it sounds like the show will move in a bit of a different direction with season 4, as it’s already been confirmed that it won’t feature another speedster as the big villain.

“The Flash” returns on Tuesday with “Duet.”

DARREN CRISS (“GLEE”) GUEST STARS AS THE MUSIC MEISTER IN THE FLASH AND SUPERGIRL MUSICAL CROSSOVER – Barry (Grant Gustin) and team are surprised when Mon-El (guest star Chris Wood) and Hank Henshaw (guest star David Harewood) arrive on their Earth carrying a comatose Supergirl (guest star Melissa Benoist) who was whammied by the Music Meister (guest star Darren Criss). Unable to wake her up, they turn to Team Flash to save her. However, the Music Meister surprises The Flash and puts him in a similar coma, one that Team Flash can’t cure. Kara and Barry wake up without their powers in an alternate reality where life is like a musical and the only way to escape is by following the script, complete with singing and dancing, to the end. Dermott Downs directed the episode with story by Greg Berlanti & Andrew Kreisberg and teleplay by Aaron Helbing & Todd Helbing.