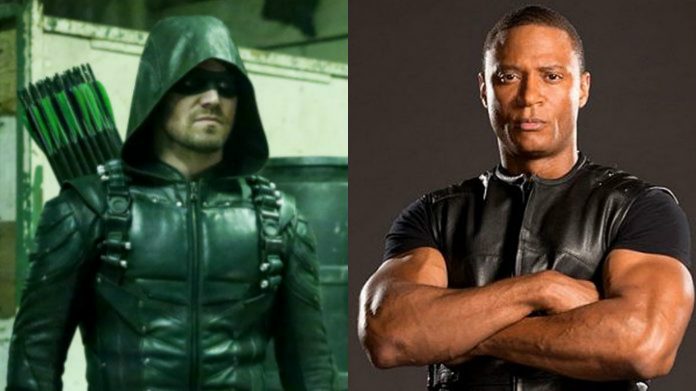 “Arrow” was originally planned to be a five season story arc, and when the show’s fifth season came to an end earlier this year the story of Oliver Queen’s five year journey back to Star City came to a conclusion as well. But that doesn’t mean the flashbacks will be gone entirely.

Flashbacks will still be used to tell the backstories of other characters in “Arrow” season 6, and it’s been confirmed that we’ll be seeing some Slade Wilson flashbacks when he gets his own two part episode in a few weeks.

One character who hasn’t been featured in flashbacks very often is Diggle. Fans have seen flashbacks of his time in Afghanistan, and TVLine recently asked Marc Guggenheim if we’ll be seeing more of Diggle’s past in the weeks to come.

“We are going to do character-centered flashbacks,” co-showrunner Marc Guggenheim revealed, “and we’re very cognizant of the fact that we’ve never done a non-military flashback for Diggle. It’s something we talk about a lot but we have to marry it to the right story.” Guggenheim also teased “some really cool Slade Wilson flashbacks that I’m really excited about.”

Which characters do you want to see get their own flashbacks in season 6? Sound off in the comments below.