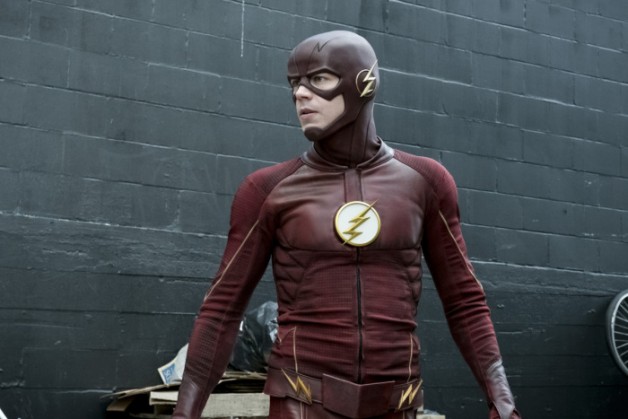 “The Flash” season 3 wrapped up this week, and fans are still trying to figure out what’s next after that huge cliffhanger in the season finale. Not much is known about season 4 so far other than the show won’t focus as much on time travel, and the villain next time around will not be a speedster.

Kreisberg says they had to find a scarier villain than Zoom – so now there's Savitar. Next year, there won't be a speedster. #PaleyFest

For each of the three seasons so far “The Flash” has placed a speedster in the spotlight as the villain. In season 1 it was Reverse Flash, season 2 it was Zoom and in season 3 it was Savitar, and now everyone’s wondering what kind of threat Team Flash will be facing next time around.

It appears that the writers have already been dropping hints about season 4’s big bad, as earlier in the season Abra Kadabra name-dropped DeVoe, and he was referenced once again in the finale.

After Savitar’s plan was foiled by H.R. Barry brought Savitar to STAR Labs to attempt to make peace with him and save him. During a conversation about his memories, Savitar brought up DeVoe, and Barry got confused. Savitar then realized that DeVoe is a villain Barry has yet to encounter.

Clifford DeVoe is a character from the comics better known as The Thinker. He was a member of the Injustice Society and the Suicide Squad, and he’s known for using his high tech devices, including his Thinking Cap which is a device that can project mental force.

Although nothing is confirmed, at this point it certainly seems like “The Flash” is dropping hints that DeVoe will be the big bad next season.

Speaking of villains, the big bad from season 2 made a brief return in the season 3 finale.

After Savitar and Killer Frost opened up a portal to the Speed Force, Black Flash jumped out and tried to attack Savitar.

In the season 2 finale, Zoom aka Hunter Zolomon was transformed into the Black Flash after he was mauled by time wraiths. Black Flash appeared in “Legends of Tomorrow” season 2 as he was chasing after Eobard Thawne, but it doesn’t look like we’ll be seeing him again.

After he jumped out of the portal Killer Frost froze Black Flash and then he shattered.