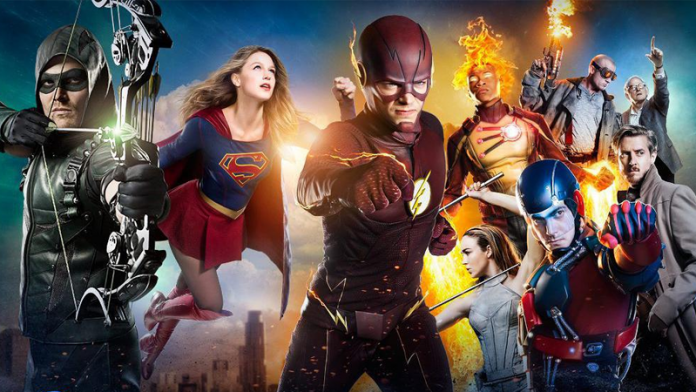 The next “Arrowverse” crossover is shaping up to be something special, as it’s already been confirmed that the crossover will include Batwoman and Gotham City, however, some “Arrowverse” fan favorites will be left out of the mix this time around.

According to EW, “The Flash,” “Arrow” and “Supergirl” will all be included in the next crossover, but DC’s “Legends of Tomorrow” won’t.

This is definitely not what “Legends” fans want to hear, but in the end it makes sense.

With Batwoman and Gotham City being the focus of the next crossover, it’s likely that it will be more grounded and gritty compared to the world jumping adventures we saw in “Crisis On Earth-X” or the alien battles we saw in “Invasion” a few years ago.

“Legends” has only been getting weirder and weirder with each passing season, and even though that might be a good thing for the crew on the Waverider, it might not be a good fit for Gotham City. Nevertheless, it’s hard not to feel a little disappointed.

However, that doesn’t mean we won’t see Batwoman interact with the Legends in future, as it was recently revealed that the CW is developing a potential Batwoman series.

The logline for the potential series reads as follows: “Armed with a passion for social justice and a flair for speaking her mind, Kate Kane soars onto the streets of Gotham as Batwoman, an out lesbian and highly trained street fighter primed to snuff out the failing city’s criminal resurgence. But don’t call her a hero yet. In a city desperate for a savior, Kate must overcome her own demons before embracing the call to be Gotham’s symbol of hope.”

Either way “Legends” will return for season 4 in the fall.