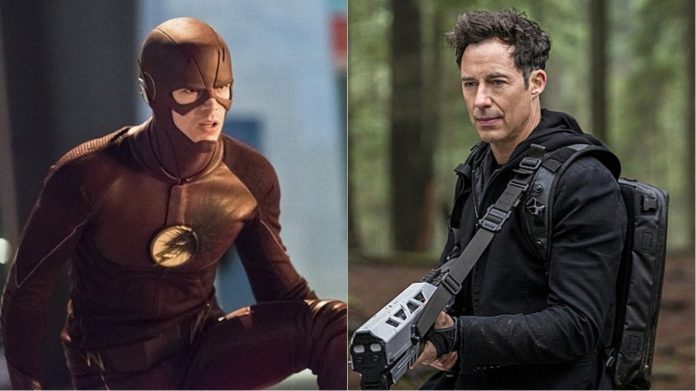 All season long Team Flash has been battling The Thinker, but unfortunately for them he’s always a few steps ahead of the team. This has bothered Harry Wells more than most, as he can’t stand the fact that he can’t out-think The Thinker.

In this week’s episode Harry Wells put on his own thinking cap, and producer Todd Helbing recently told TV Line that the outcome of his actions will not be good.

“He’s been struggling all season with trying to out-think somebody that’s smarter than him,” Helbing described. “It’s driving him nuts. It’s a slippery slope of what he’s willing to do to be better than this guy. It’s going to have a disastrous outcome.”

When asked straight up if we’ll be seeing a villainous version of Harry Wells, Helbing simply responded by saying, “No comment.”

There’s no denying that it’s been a rough season for Harry, as he’s been very hard on himself and it seems that’s made it harder for him to interact with the rest of the team.

Only time will tell whether or not he’s going to become a villain, but it certainly seems that his story arc is heading in that direction.

“The Flash” will return on Tuesday, April 10.