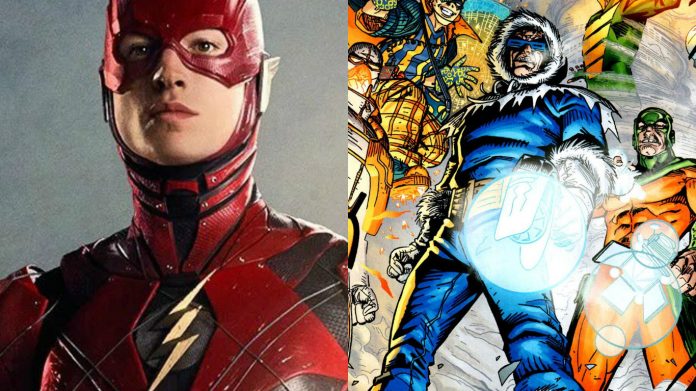 We were officially introduced to Ezra Miller’s Flash earlier this year in “Batman V Superman: Dawn of Justice” and we got a glimpse at his sense of humor in the first trailer for “Justice League.”

The Flash is set to get his very own feature film in 2018, and Rick Famuyiwa is set to direct. So far not much is known about the direction that the film is going to take, but a new rumor has hit the internet claiming that the film won’t just have one villain, it will have several.

According to Heroic Hollywood the villains in “The Flash” will be the Rogues. Umberto Gonzalez revealed the news via Periscope, but there’s no word right now on which characters might make up the group.

In the comics the group has included names such as Captain Cold, Mirror Master, Heat Wave, Weather Wizard, the Trickster, Pied Piper, the Top, Captain Boomerang and more.

Jai Courtney recently made his debut as Captain Boomerang in “Suicide Squad” and he’s expressed interest in reprising the role for “The Flash” movie.

Many of the Rogues such as Captain Cold, Heat Wave, Captain Boomerang, the Trickster and Pied Piper have appeared on “The Flash” on the CW. It was recently announced that Ashley Rickards will be playing the Top in upcoming season, and Grey Damon will be playing Mirror Master.