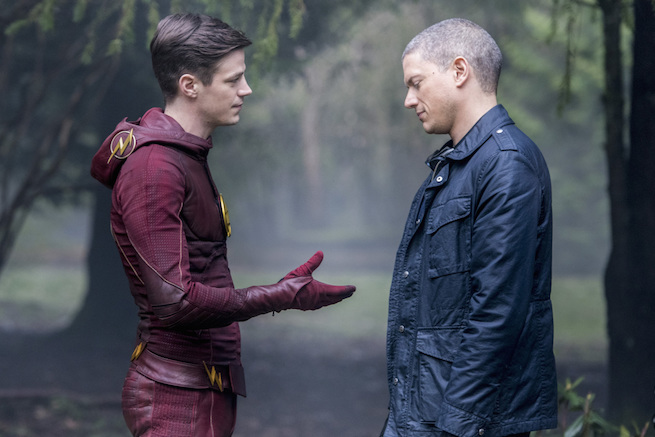 Tonight’s episode of “The Flash” is titled “Infantino Street” and fans are going to see Barry Allen recruit his old buddy Leonard Snart for a job. Barry Allen needs to steal a piece of tech that was used by the Dominators so that he can power the Speed Bazooka, but it’s not going to be easy.

The tech that Barry needs is locked up at ARGUS and he’s going to have to steal it. The big problem is that the facility it’s locked up in is lined up power dampeners, so Barry can’t use his speed to steal it. Hence why he needs Captain Cold.

The CW’s latest “Inside The Flash” video dives into the episode and you can check it out below.

THE COUNTDOWN BEGINS; WENTWORTH MILLER RETURNS AS CAPTAIN COLD – With only 24 hours left until Savitar murders Iris (Candice Patton), Barry (Grant Gustin) struggles to save the woman he loves and makes the choice to use any means necessary to do so. Realizing he has one option left to save her, The Flash turns to Captain Cold (Wentworth Miller) for help. Michael Allowitz directed the episode with story by Andrew Kreisberg and teleplay by Grainne Godfree (#322). Original airdate 5/16/2017.