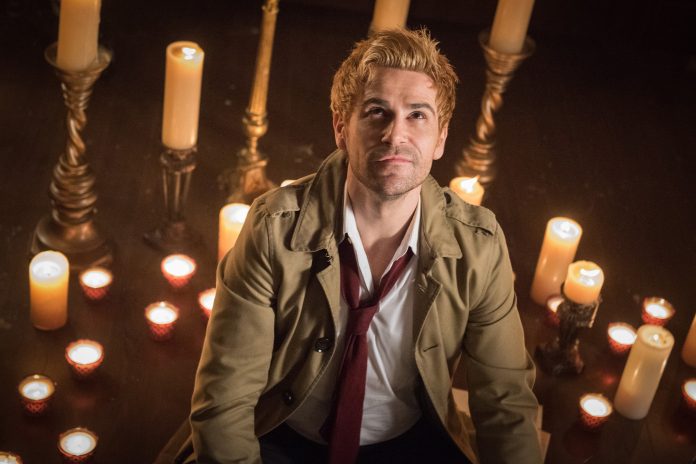 For a few years the DC’s “Legends of Tomorrow” showrunners talked about how they hoped to bring John Constantine to the show eventually, and this year that dream became a reality.

Constantine joined the team for an episode earlier this season, but fans who are hoping to see more of Matt Ryan’s John Constantine will be happy to know that he’ll be returning on the March 19th episode titled “Necromancing The Stone.” Judging from the synopsis, it sounds like it’s going to be Agent Sharpe who brings him back into the fold.

“THE POWER WITHIN – When Mallus’ power over Sara (Caity Lotz) resurfaces, she unwittingly becomes the bearer of one of the Totems. Rory (Dominic Purcell) must conquer his dark side in order to wield his own Totem power to help save the crew. Meanwhile, Agent Sharpe (guest star Jes Macallan) notices that something is wrong and recruits someone unorthodox to help. Brandon Routh, Nick Zano, Maise Richardson-Sellers, Keiynan Lonsdale and Nick Zano also star. April Mullen directed the episode written by Grainne Godfree & Morgan Faust (#315). Original airdate 3/19/2018.”

The CW has released some new photos from the episode and you can check them out below.