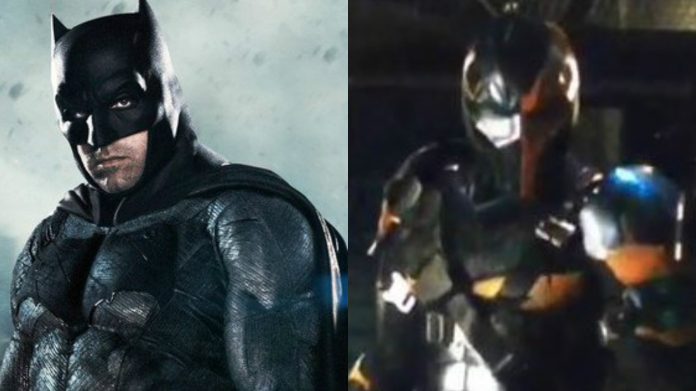 Recently “American Psycho” author Bret Easton Ellis made some comments about Ben Affleck’s upcoming Batman movie that got people talking. During an interview with The Ringer, Ellis noted that he had dinner with some executives who had heard there are problems with the script.

He later clarified that the executives only know people working on the production, and that they aren’t involved with the film themselves. His comments quickly picked up traction online, and although some fans may be concerned about the film, actor Joe Manganiello has placed his confidence in Ben Affleck.

Joe Manganiello will be playing Deathstroke in the film, and he recently spoke with Mark Madden, and he talked a little bit about the movie on his podcast. According to Manganiello, the movie will take Batman films down a road they’ve never traveled.

“It is. That’s true. When I met Ben we sat down and we talked about, you know, the role. We talked about the movie. His take is a fresh take but I think the audience is going to be surprised. Because it’s a road that no one’s really gone down that’s completely integral to, you know, who Batman is,” Manganiello said via Reddit. “And I think it’s gonna be refreshing but at the same time completely familiar. But it’s going to take this franchise in a direction that I think A LOT of people are going to be really happy about.”

“It’s going to be gritty and action packed and cerebral and all of those elements that people love about Batman. Ben’s a great director, man. I mean the last movie that man directed won best picture. He’s got an Oscar for writing. Like, this is all the components to go down as a… everything is lined up for a really really really great movie. Not only a superhero movie but just a great great movie. Which is why, you know, I told him in the room man, when I met him. “I should be so lucky, I’d be in great hands to work with you, I love your movies, let’s do this.”

Ben Affleck’s Batman film still doesn’t have an official release date, but Manganiello noted during the podcast appearance that it’s set to start shooting next year.

You can check out the full episode here.