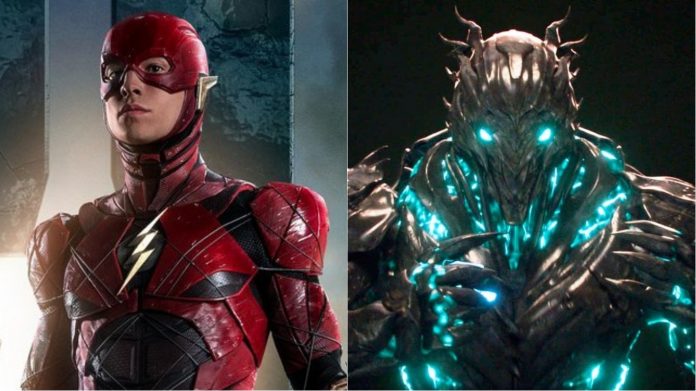 “The Flash” season 3 recently wrapped up, and once again this season Barry Allen found himself battling an evil speedster. This time around he faced off against Savitar, and for the majority of season 3 Team Flash worked to find a way to stop Savitar from killing Barry’s beloved Iris West.

Grant Gustin won’t be playing The Flash in the DCEU, as that role is currently Ezra Miller’s responsibility, and at this point his first standalone movie is still in need of a director. There have been various rumors circulating over the past few years in regards to who the villain, or villains could be in “The Flash” and some have suggested it could be Reverse Flash or the Rogues.

We probably won’t be seeing any version of Savitar in the DCEU anytime soon, but Reddit user Rekdit159 put together a little something that gives fans a glimpse of what Ezra Miller could look like if he played the villain.

You can catch Ezra Miller as The Flash in “Justice League” which is set to hit theaters on November 17, 2017.