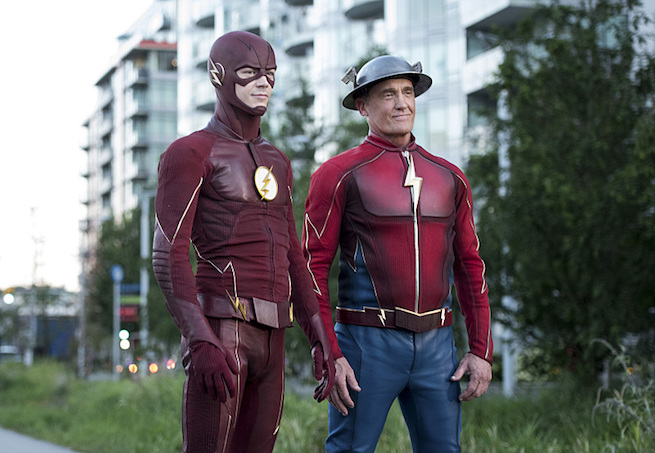 John Wesley Shipp has a pretty awesome history with The Flash. He played Barry Allen in “The Flash” TV series which made its debut in 1990, and he ended up landing an important role when he signed on to play Barry’s father, Henry Allen, in the current TV series.

Henry Allen met his end in season 2, but luckily Henry’s death didn’t mean the end of John Wesley Shipp’s run on the show. The Flash of Earth-3, Jay Garrick, was later revealed to be Henry Allen’s doppelganger, and Garrick has been a mentor to Barry Allen ever since.

So far Jay Garrick has only appeared on “The Flash” but many fans have talked about the possibility of Garrick appearing on DC’s “Legends of Tomorrow.” During a recent panel at Dragon Con, John Wesley Shipp was asked which show he would like to crossover with and he noted that he would love to work with the actors on “Legends.”

“I wanna go play with Brandon [Routh] and Victor. I’ve known Victor Garber for, my God, 25, 28 years. I’d love to go over there and play in a different sandbox for an episode or two. That would be fun.”

If you could see Jay Garrick crossover with a different “Arrowverse” show which show would it be? Sound off in the comments below.