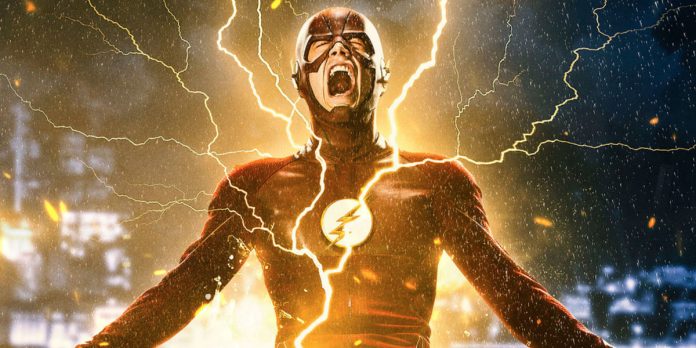 “The Flash” season 3 has finally come to an end, and Flash fans around the world are still trying to process the events of the epic finale. The finale included deaths, team ups, returns, surprises, laughter, drama and everything in between and it’s a finale that will have a huge impact on the show going forward.

During the finale Team Flash finally defeated Savitar, and during the final battle Jay Garrick returned from the Speed Force. At the end of the episode Barry and Iris were sitting in their apartment, and it looked like they were finally going to get their happy ending, when suddenly, there was an earthquake.

Barry and Iris looked out the window and bolts of yellow and red lightning were shooting to the ground below. They traveled to STAR Labs to meet up with the rest of the team and Barry and Jay Garrick determined that the earthquakes and lightning storm was being created by the Speed Force, which had become unstable after Garrick left.

They went outside to see the storm destroying Central City, and Barry decided that he had to sacrifice himself and enter the Speed Force so that everyone else could survive. He said his goodbyes to the rest of the team, as the Speed Force appeared in the form of his mother.

Barry told Wally that he’s Central City’s Flash, and he told Cisco that now he’s in charge of the team.

Barry held his mother’s hand and walked into the Speed Force as Team Flash looked on and the finale came to an end.