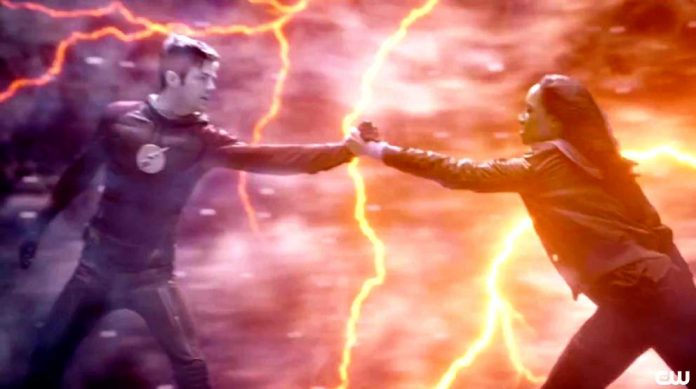 Barry Allen is a speedster and last season he got lost in the Speed Force in “The Runaway Dinosaur” which was directed by Kevin Smith. This season Barry has been battling the Savitar, the God of Speed, and he’s seen the future. Barry knows that Savitar is set to kill Iris West before season 3 ends and he’s doing everything within his power to make sure it doesn’t happen.

However, it looks like Barry Allen will be turning to the Speed Force for a little help, as revealed by the official synopsis for “Into The Speed Force.”

“Into The Speed Force” is set to air on March 14th and “The Flash” will return on Tuesday with “Attack on Central City.”

THE EPIC CONCLUSION TO THE TWO-PART BATTLE WITH GRODD – When Grodd (voiced by David Sobolov) and his army of gorillas bring the battle to Earth-1, The Flash (Grant Gustin) and team must find a way to stop them before they destroy Central City. Gypsy (guest star Jessica Camacho) returns to join the fight. Meanwhile, Jesse Quick (guest star Violett Beane) decides she wants to stay with Wally (Keiynan Lonsdale) on Earth-1.