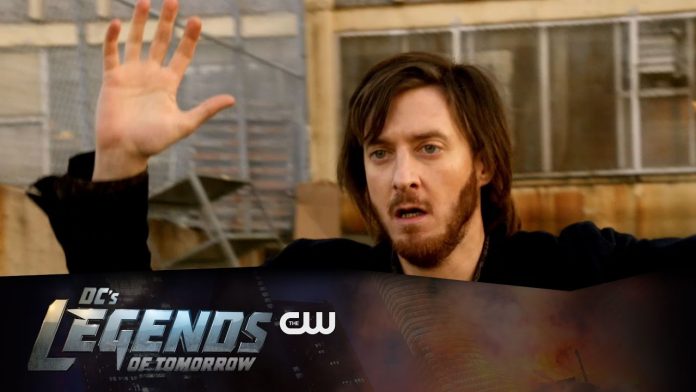 DC’s “Legends of Tomorrow” is set to return tonight, and the show will be moving into a new time slot as it begins it’s run on Tuesday nights at 9pm immediately after “The Flash.” The mid-season premiere of DC’s “Legends of Tomorrow” is one of the most anticipated episodes of the season, because it’s set to feature an appearance from a young George Lucas played by Matt Angel.

Related: The Flash: Kid Flash Introduces Himself To Central City In New Clip

After disappearing earlier this season, it’s been revealed that Rip Hunter has lost his memory, and he’s now working as a director. The CW has released a new clip showing Rip Hunter as he gets frustrated while working on a film. Rip is disappointed by the villain’s performance in his movie, but his buddy George Lucas tries to lift him up with a little pep talk, that’s when the two directors encounter Malcolm Merlyn and Damien Darhk.

LOST MEMORIES — When Damien Darhk (guest star Neal McDonough) and Malcolm Merlyn (guest star John Barrowman) try to capture Rip Hunter (Arthur Darvill) in 1967, they create an Aberration big enough to draw the attention of the Legends. However, when the team arrives they discover that Rip has no memories of his past due to “time drift” and is just a graduate film student. After trying to convince Rip of who he was, they discover that he possesses an incredibly powerful artifact known as the Spear of Destiny, which the Legion of Doom is after. Ray (Bradon Routh) and Nate (Nick Zano) realize that the Aberration has also affected them personally making it difficult to help the team. Meanwhile, Rory (Dominic Purcell) asks Stein (Victor Garber) for help and makes him promise to keep it a secret from the team. Caity Lotz, Franz Drameh and Maisie Richardson-Sellers also star. Dermott Downs directed the episode written by Keto Shimizu & Chris Fedak.