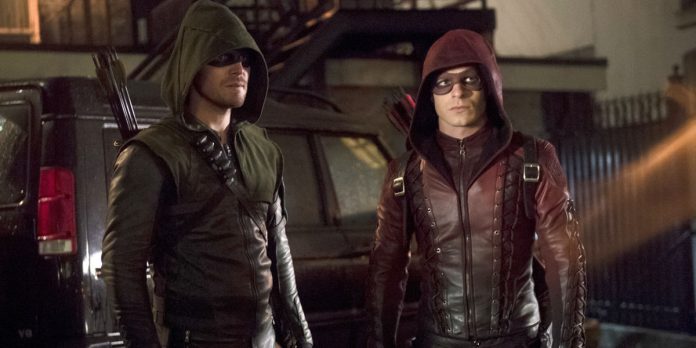 Stephen Amell isn’t just Oliver Queen on “Arrow” he also runs his own wine company called Nocking Point Wines and the company has released wines in collaboration with other celebrities in the past, and Amell recently announced that Nocking Point will be releasing a wine for an “Arrow” alumni.

Colton Haynes played Roy Harper on “Arrow” for several seasons, and even though he’s been confirmed to appear on the show in season 6, he’s no longer a series regular.

Fans are anxiously awaiting Roy Harper’s return, but in any case, Nocking Point Wines will be releasing Colton’s Cab as part of their wine club, and people who are interested in joining the club can do so by clicking here.

Colton’s Cab won’t be the only “Arrow” related wine in the December wine club shipment. It was also recently announced that Emily Bett Rickards who plays Felicity on the show will be releasing a Pacific Coast Pink as part of the shipment.

If you know someone who’s into wine, and a fan of “Arrow” then this care package could make for a great Christmas gift.

“Arrow” will return next week with “Irreconcilable Differences.”