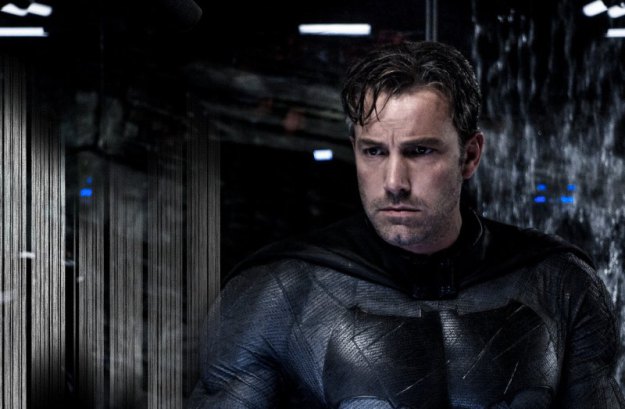 We’re only a few weeks away from the release of “Batman v Superman: Dawn of Justice” and soon we’ll finally be able to see Ben Affleck’s Batman on the big screen. Affleck is the latest in a long line of actors to dawn the cape and cowl which means there’s a lot of pressure to live up to.

Ben was recently asked by EW what he thinks his legacy as Batman will be. He responded by saying that it’s really not for him to decide. He went on to talk about how his version of Batman is unique when compared to the others. He brought up Christopher Nolan’s Batman films calling them “the defining Batmans.” Hhen noted how in the world Nolan created, Batman was the only superhero that existed in that universe.

“What I wanted was to create a Batman that was sort of at the end of his rope physically and psychologically and emotionally, a guy who was beaten down by the world, a guy who was a little bit more of a slugger, who has more gray in his hair, and who was questioning whether the whole journey that he lived as Batman was in fact even worth it, given that he was not superhero, but now had to face a super-being, which none of the other Batmans had to confront in the movie world. It’s an interesting thing to combine, because in the Nolan Batmans, which are the defining Batmans — so magnificent — there are no other superheroes. It’s just this guy. He never has to reconcile who he is with this idea that there are all these other people who can do these supernatural things. Having to confront that and having to deal with that is my contribution to the character.” Ben Affleck told EW.

Everybody’s got their favorite Batman films and it looks like for Affleck it’s the Nolan movies. But as he pointed out, the world of “Batman v Superman: Dawn of Justice” is going to be very different when compared to the world we saw in “The Dark Knight.”

“Batman v Superman” is on the way, “Justice League” starts filming in April and we’re all wondering when we’ll see another Batman solo film. Unfortunately it doesn’t look like we’ll be seeing one as soon as we would like. Ben Affleck told EW that the movie is “in development” but that he’s focusing on other projects first.

“There’s definitely willingness and a will and a desire to make a Batman movie on the part of Warner Brothers. It’s in development, and right now I’m really focused on finishing Live By Night. That’s where my focus is, and I tend to be a one movie at a time guy. So, when I’m finished with this movie, I’ll then focus on my next movie and figure out what that will be.” Affleck said.