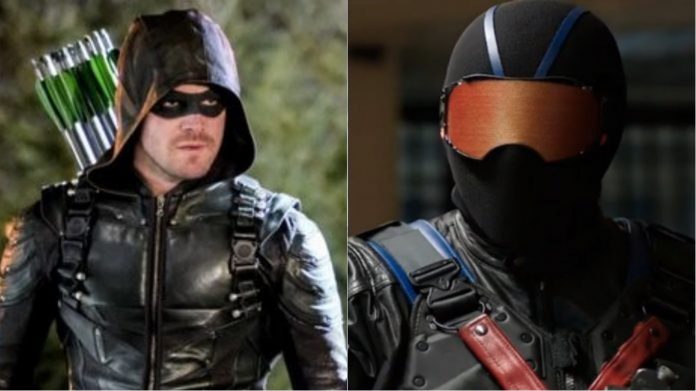 Fans saw a lot of Vigilante in the first half of “Arrow” season 5, but the character’s true identity was not revealed. When Josh Segarra joined the cast of “Arrow” he believed he was signing on to play Vigilante, but that turned out to be a big swerve when he showed up to the set and he was told that he was really cast as the big bad of season 5, Prometheus.

Everyone has a theory in regards to who Vigilante might be, but it has been confirmed that it’s a character we’ve met before. Producer Wendy Mericle recently spoke to TV Line, and she said that Vigilante will be unmasked in season 6, and his mission is very personal.

“Who he is and what he’s up to is very personal,” Mericle says, adding: “He’s got a very close connection to one of our series regulars that I really hope will blow the fans’ minds.”

Who do you think is under the mask? Sound off in the comments below.