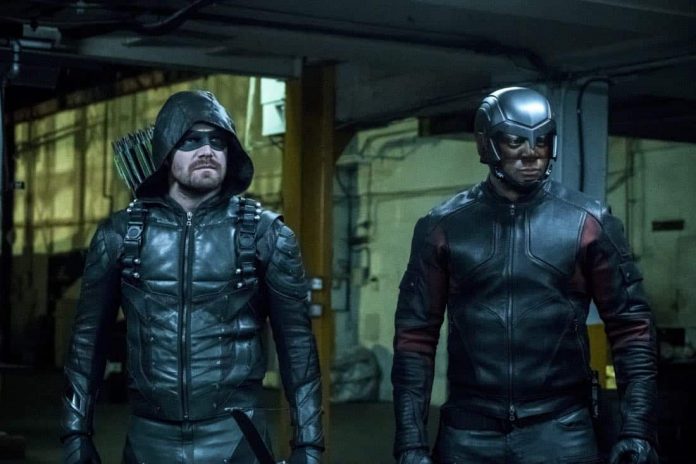 Just a heads up, if you haven’t seen this week’s episode of “Arrow” then you might want to turn away because there are spoilers ahead.

The tension between Diggle and Oliver Queen in regards to who should be wearing the hood boiled over big time in this week’s episode of “Arrow” titled “Brothers In Arms.”

At one point Diggle and Oliver ended up throwing down in the bunker, but after some blood was spilled, they reconciled and went back out into the field.

However, after they completed their mission, Diggle announced to Felicity and Oliver that he was leaving the team.

Team Arrow has gone through some big chances in the past, but David Ramsey recently told TV Line that this change is going to stick for now.

“Diggle has made a firm choice in his life about where his place is with the team,” David Ramsey said. “This is something he’s discussed with his wife, so this is a major, fundamental move.”

Diggle told Oliver that he’s alienated everyone close to him, which is hard to argue with because now Team Arrow is down to Oliver and Felicity. Even though Oliver has come a long way, it’s clear that he still has a lot to learn.

“Arrow” will return next week with “Fundamentals.”