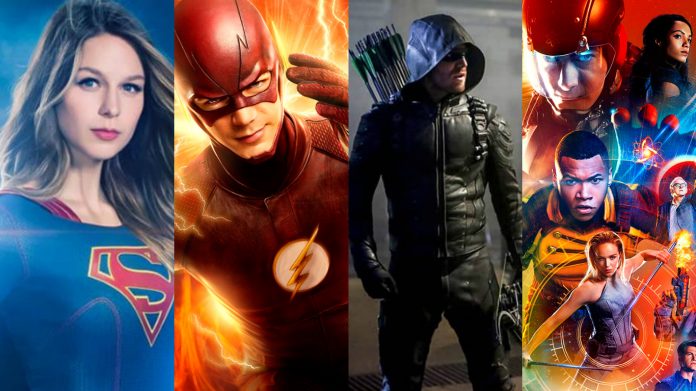 Every year the annual “Arrowverse” crossover gets bigger and better, and last year’s crossover was massive. Last year Supergirl was added to the mix, and the heroes took over the Dominators in an adaptation of the DC “Invasion!” story.

The 2016 “Arrowverse” crossover will be very hard to top, and fans are curious as to what the writers have planned. It’s already been confirmed that the “Supergirl” episode will be more than just a glorified lead in for “The Flash” this year, as all four shows involved will hold equal weight next time around. When it comes to the actual story, it sounds like it will be something DC fans will be familiar with.

The cast of “Arrow” recently spoke to TVLine at San Diego Comic Con before their panel, and Michael Ausiello pitched an idea for a crossover involving a double wedding with Barry and Iris and Felicity and Oliver. Executive producer Wendy Mericle said she’s not sure that’s going to happen, but she did reveal some new details about the crossover.

“I can’t tell you that’s gonna happen. I’m just gonna say the crossover is going to be super cool this year, and it’s gonna be pulled from a very cool DC story, that the fans are gonna know about. When they hear it they’re gonna be very excited. Every year we have to get bigger and better, and this one I think will not disappoint.”