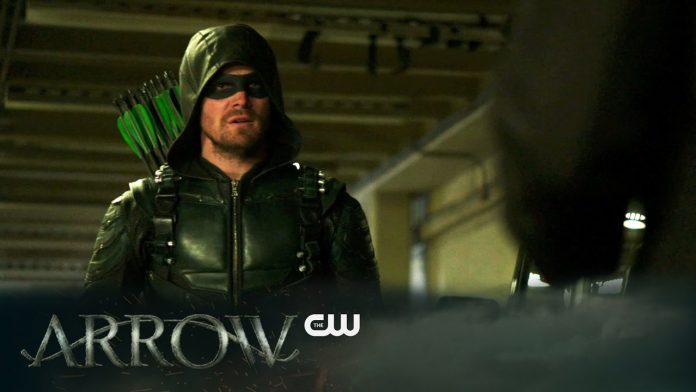 This week’s episode of “Arrow” was huge as the true identity of Prometheus was finally revealed. Fans had their theories as to who was under the Prometheus mask and many people were hoping to see Tommy Merlyn return.

Sorry folks, but it doesn’t look like Tommy Merlyn is coming back anytime soon. Nobody stays dead on “Arrow” but him apparently.

At the end of this week’s episode Prometheus confronted Vigilante on a rooftop then he pushed Vigilante off the edge. Prometheus then took off his mask and revealed himself to be Adrian Chase.

Now that the mystery of his identity has been solved, the show is finally going to start digging deeper into Prometheus’ motivation for targeting the Green Arrow.

Next week’s episode is titled “Checkmate” and the preview shows Adrian Chase unmasking once again along with a new, more psychotic side to the District Attorney.

Earlier in the season the show alluded to the fact that Prometheus was trained by Talia al Ghul and the preview for “Checkmate” seems to confirm that theory. Lexa Doig was also recently asked if she would be breaking out of the flashbacks and appearing in the present and she claimed that she didn’t know.

However, the preview for “Checkmate” shows Talia having a conversation that would only make sense in the present day, so it seems to confirm that she won’t just be limited to the flashbacks.

The preview also seems to hint that Oliver will learn the truth about Prometheus and his identity in the episode.

“Checkmate” will air on Wednesday, March 15th and you can check out the preview below.