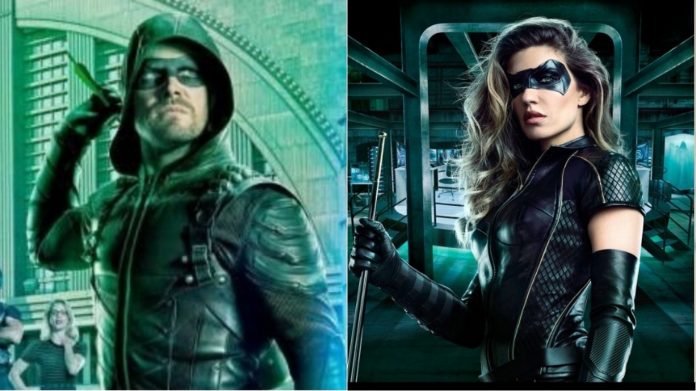 In “Arrow” season 4, Damien Darhk killed Laurel Lance and fans were forced to say goodbye to the Black Canary. Before she passed Laurel made Oliver promise that he would recruit a new Black Canary, and that’s exactly what he did.

It sounds like we’re going to be seeing a bit of a different Dinah Drake this time around, as executive producer Wendy Mericle recently told TV Line that Dinah will be much more confident, but she also teased that her confidence could get the team in trouble.

“One of the things that Julianna [Harkavy] has been bringing this season is exactly that,” EP Wendy Mericle told me. “She’s no longer the newbie on the team, she has a definite point of view — and I can tell you that that point of view and her new swagger is going to have some real consequences for the team down the road. Look out for that in the middle of the season.”

We can’t wait to find out what those “real consequences” are.