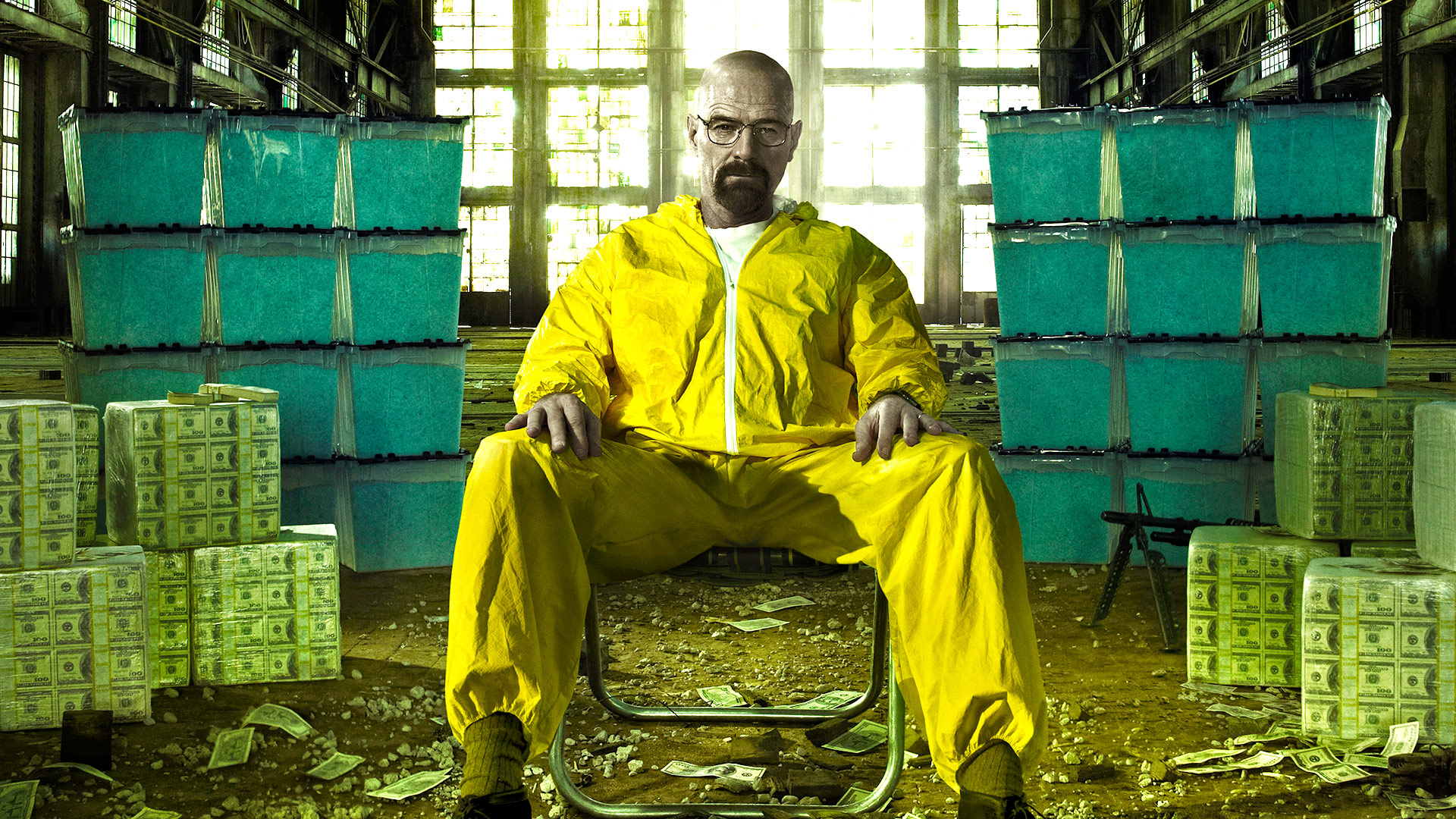 The show may be over but “Breaking Bad” has left a huge impression on anyone that watched it. The show was truly something special and it’s highly unlikely that we’ll see another TV show that captures our attention quite like this one did anytime soon. Even though it’s over there’s still a lot to talk about when it comes to “Breaking Bad” and here are just a few things that you need to know about the show, its cast and its crew.

Breaking Bad had moments that seemed very real throughout the series but the meth itself was actually rock candy. You could take a handful of Walt and Jesse’s signature ‘Blue Sky’ and eat it to your heart’s desire. Although you won’t get the type of high you would from smoking meth…you’d surely get one hell of a sugar high.

Could you imagine what Breaking Bad would have been like if Jesse Pinkman had been killed off in the first season like Vince Gilligan had originally planned? Lucky for Aaron Paul and all of us fate intervened in the form of the 2007 Writer’s Guild strike which forced the crew to take a break from the show and gave Vince Gilligan some time to think about his decision to kill Jesse. Luckily the break helped Vince see the light and he has since said that it would have been a “huge, colossal mistake to kill off Jesse.”

Jesse has since gone on to become one of the most legendary characters in TV history and he also inspired us all to say the word “bitch” way more than we ever would have had he been killed off. When it comes to Vince Gilligan keeping Jesse around, we just want to say…thanks bitch.

You know you’re doing your job right when you’re supposed to be playing a hooker on “Breaking Bad” and someone tries to pay you for sex. Julia Minesci who played Wendy in the show revealed in an interview (which you can read HERE) that while filming the show someone tried to pick her up in a van in hopes that they would have a good time together. That folks is method acting at its finest.

#4 – Several Networks Passed On The Show

Can you believe that several networks passed on the show before AMC decided to pick it up? Huge networks such as HBO, FX, TNT, and Showtime weren’t brave enough to take a chance on a show about a high school chemistry teacher turned meth dealer. Where all of those networks showed fear AMC displayed bravery and took a gamble with “Breaking Bad.” Obviously that gamble paid off big time.

We’re all fans of something and at some point or another we’ve all probably wished that our input could make a difference in our favorite TV show. Lucky for “Breaking Bad” superfan Kevin Cordasco his wish came true. At only 16 years old Kevin became terminally ill with cancer and the cast as well as the crew would often visit him in the hospital. Vince Gilligan recently revealed that he asked Kevin what he wanted to see more of in the show.

This inspired Vince to incorporate Gretchen and Elliot into the final episode. He even offered to tell Kevin the ending but being the superfan he is Kevin declined because he didn’t want it to be spoiled.

#6 – Someone Really Lives In The White Family’s House

Since 1973 a woman named Fran has occupied the house that the White family lived in during the series. She now gets hundreds of people who creep by very slowly in order to get a good look at the place as they drive down the street thanks to how popular the show has become. One has to assume that she’s never had gasoline dumped on her carpets and that she’s not hiding a vile of ricin behind one of her electrical outlets, but hey, you never know.

#7 – Walt Was Supposed To Kill Jane

Although it could be debated that Walter White is responsible for Jane’s death in season 2 he was originally supposed to be much more involved. Vince Gilligan’s original plan called for Walt to murder Jane by shooting her up with drugs or possibly just shooting her with a gun but the other writers objected. Their argument was that it would be way too early for Walt to fully break bad and the audience might stop rooting for him. Vince finally agreed and the rest is history.

It only took one take for Bryan Cranston to land that pizza on the roof of the White family home. Bryan definitely got lucky when he made the perfect throw because there’s no real training you can get when it comes to throwing a pizza on a roof. Lucky for him and the rest of the crew it worked out because multiple takes could have gotten very messy and no one likes seeing pizza go to waste.

#9 – Tio Salamanca Was Supposed To Be A Bigger Villain

#10 – The Beginning Of “Ozymandias” Was The Last Scene Filmed

The beginning of the episode “Ozymandias” which is a flashback scene showing one of the first times Walter and Jesse cooked in the RV was actually the last scene filmed for the show. This explains why Jesse looks older than he did in the earlier episodes and after finishing the scene Vince Gilligan toasted the crew as they called it a wrap.